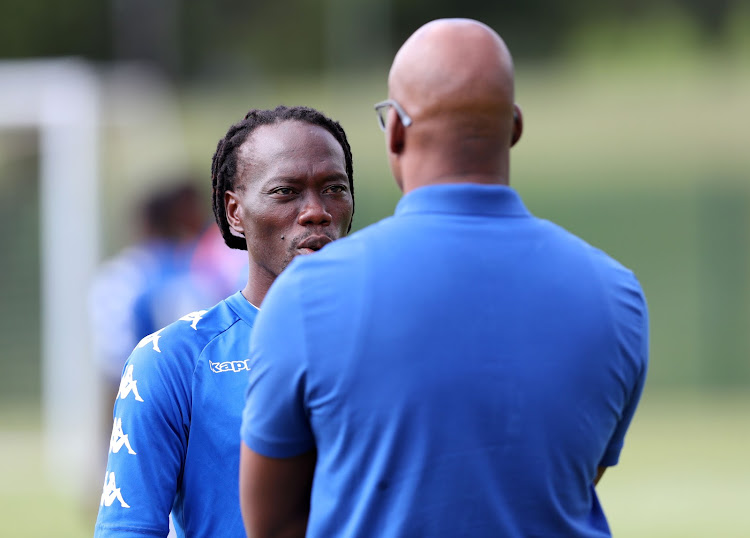 Veteran midfielder Reneilwe Letsholonyane insists that SuperSport United's blockbuster matches against Kaizer Chiefs and Mamelodi Sundowns will not determine where they finish at the end of the season.

United take on Amakhosi at Mbombela Stadium on Friday night in a match that could move them to second spot if they are able to get all the points against coach Ernst Middendorp's charges and results elsewhere go their way.

Matsatsantsa a Pitori then visit premiership champions and leaders Sundowns at Loftus after the Fifa international week early next month.

“I look at it like all the seven remaining games are important because the points difference is not that much from number one to number six on the log‚” he said as United prepared for this potentially explosive encounter.

“As the weeks go by‚ things will start shaping up on the table but I don’t necessarily think that the next two games will have that much of a bearing on where and how we are going to end the season.

"Most of the teams are inconsistent but the more points you get‚ (the greater the chance) you will be up there at the top with the big boys.

"I think the last two to three games will be the ones where you will have an idea of who can possibly take the league.”

United go into this clash occupying fourth place on the standings and will jump to second if they get all three points in Nelspruit‚ and rivals Cape Town City falter against Polokwane City.

“We have always been open as to what we want to achieve as a club‚" he said.

"We have always said we want to compete for every trophy that is available and the league is included.

"After we were knocked out of the Nedbank Cup‚ we said that we want to focus and compete for the league and if things don’t go well we want to end the season in the top four.

"So‚ according to the target we have as a team‚ we are in the right way‚ doing fairly well but we want to take every game as it comes.”

Chiefs have improved their fortunes recently with successive wins over Highlands Park and Maritzburg United‚ and Letsholonyane said it is not going to be easy to overcome their visitors.

“At the moment the focus is on the coming match against Chiefs and that is that‚" he said.

"We are fully aware that Chiefs are a big team and they are going to be difficult to beat because they command massive support anywhere in the country.

"They can hurt you if you are not well prepared‚ so we have to be on top of our game in order to get what we want.”