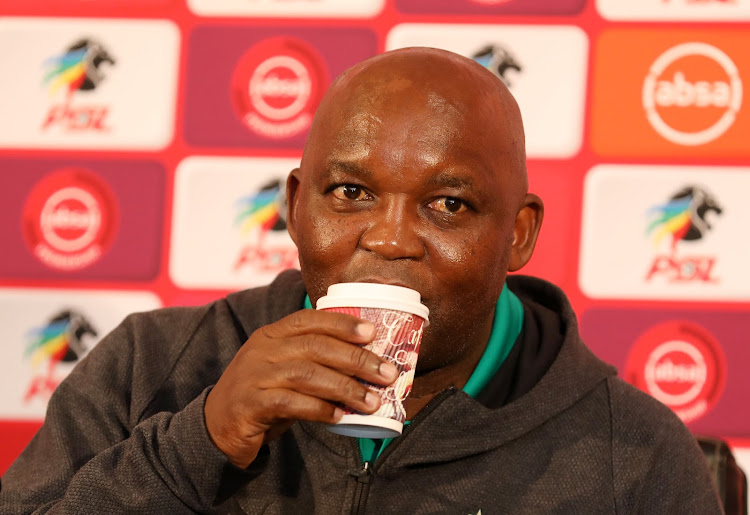 Mamelodi Sundowns coach Pitso Mosimane is eyeing a top place finish and a possible rare double over fierce rivals Wydad Casablanca when the two sides meet in the last match of the Caf Champions League group stages in Rabat on Saturday.

The Brazilians beat Wydad 2-1 in the emotionally-charged first leg at Lucas Moripe Stadium in January where Themba Zwane scored a brace and Mosimane said he would happily settle for a draw to guarantee the top spot.

“The last match against Wydad is important for us in terms of who finishes on top because we are all on three points on the log‚” he said.

“You don’t want to lose at Wydad‚ so we will try to get a favourable result from that match to make sure that we stay on top of the log and avoid being mixed up with the big boys in the quarterfinal stage.

“When you are in the pool of teams that finished top it is better and I am not saying that teams that are going to finish second are not good.

"In the Champions League everybody can beat everybody and the result of Wydad losing to Asec Mimosas in Abidjan proves that.

"I told you that the pitch in Abidjan is difficult to play on.”

As they approach the knockout stages for the third time in four years‚ Mosimane said his team have shown improvement during the season after the loss of key players like Percy Tau and Khama Billiat.

“There is an improvement from Sundowns in the Champions League this year‚" he said.

"If you look at our history we never used to win games at home.

"If you look at the group stages‚ you win your home games and that gives you nine points and you try to get at least two draws away to get to eleven and you are sorted.

“You budget for one loss away from home and for me the budget at the beginning of the group stages was Wydad because I knew it was going to be tough against them.

"But instead we lost in Nigeria against Lobi Stars.

"Hopefully we will get another three points against Wydad away from home and get to eleven points.”