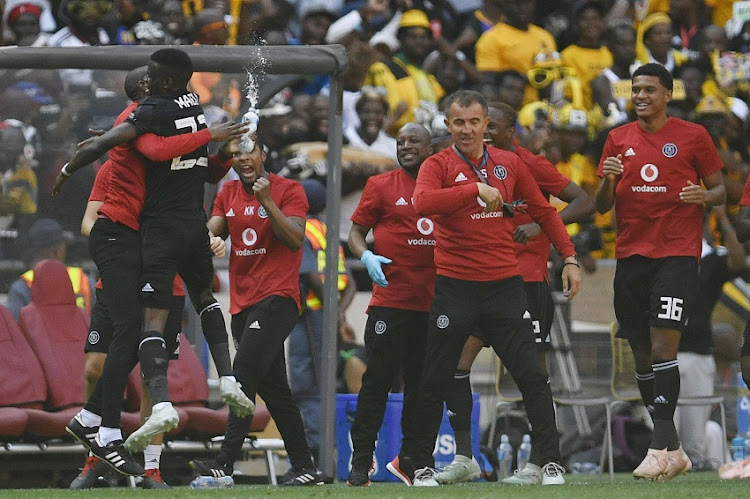 Milutin Sredojevic says Orlando Pirates will draw inspiration from their great generation of 1995‚ and his own experience in 2006‚ needing a win against Horoya in Guinea on Saturday to reach the Caf Champions League quarterfinals.

Pirates coach Sredojevic quoted the example of Pirates’ most glorious international moment‚ coming back from being held to a 2-2 draw in Johannesburg to win 1-0 away against Asec Mimosas in the 1995 Champions Cup.

He also pointed to the 2006 Champions League‚ where in Sredojevic’s previous tenure Pirates lost 0-0 in the group stage against Ghana’s Hearts of Oak‚ then won 1-0 away reaching the semifinals‚ where they lost 1-0 against CS Sfaxien of Tunisia.

Pirates were set to depart at 7pm on Wednesday night for Conakry‚ via Dubai‚ where Bucs need a win from their final Group B game against Horoya to reach the quarterfinals.

At Orlando Stadium ahead of a final training session before their departure‚ Sredojevic spoke of Bucs’ knowledge of carrying the hopes of a nation aiming to become the second SA team in this year’s quarters‚ with Mamelodi Sundowns having qualified from Group A.

“We shall stretch ourselves to all limits looking to strike a perfect balance between iron defending and creative buildup‚ to seize the moments when we have the ball to have as many final products terminating our attacks as possible‚” Sredojevic said.

“We believe that we have firepower to score. However we need to find a perfect balance where you cannot concede as many as you score.

“From a personal perspective I have never been the person who has spoken too much.

“But I would say that in my experience I would go back and draw the inspiration from the legendary generation of 1995 who went to Abidjan and won the game after playing 2-2 at home.

“We have been reminded about that by our chairman [Irvin Khoza] and we know with what spirit they have gone there.

“Personally I would draw the inspiration from 2006 when we played 0-0 at Ellis Park against Hearts of Oak and we went to Obuasi and won with Lelo Mbele’s goal that later took us into the Champions League semifinals.”

Pirates find themselves needing a draw from their last game having only managed a 2-2 stalemate in their previous Group B fixture at Orlando on Friday night against last-placed FC Platinum.

That was a disappointing result‚ but Bucs did at least display the sort of against-the-odds fighting spirit they will need in Conakry coming back from 2-0 down at the break with dramatic last-gasp goals from Theminkosi Lorch (81st minute) and Augustine Mulenga (87th).

Pirates‚ in third place in Group B on six points‚ beat second-placed Horoya (seven points) 3-0 in Soweto on January 18.