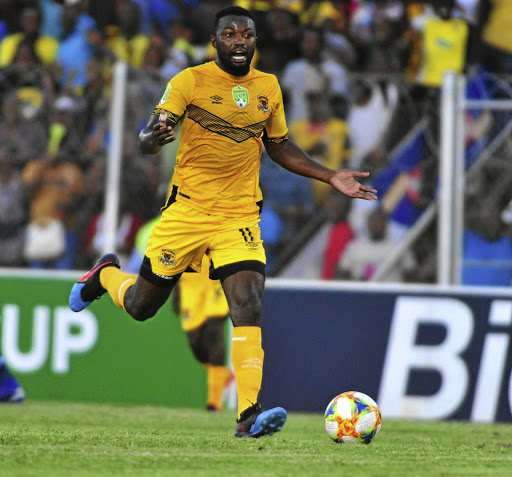 Mwape Musonda of Black Leopards scored a hat-trick for his team at the weekend against Chippa United./Philip Maeta/Gallo Images

Having eclipsed last year's benchmark, Black Leopards striker Mwape Musonda has expressed confidence that he will bag more goals before the end of the season.

Musonda scored a hat-trick to power Leopards to a come-from-behind 3-2 win over Chippa United in Thohoyandou on Sunday.

The Zambian surged up the charts to be the outright leading scorer in the Absa Premiership with 12 goals.

"I am happy to have scored 12 goals even though I think I can do better. We still have eight games to go so we just have to keep pushing," Musonda said.

"What was important is that the team got the points. Yes I got the hat-trick but I am pleased that we won."

The relegation battle is shaping up to be one of the closest in recent memory with a few points separating teams from position 10 and below. ...
Sport
3 years ago

Lidoda Duvha grabbed their first win after a poor run of three losses and two draws in all competition.

The victory has given them some breathing space on the log as they now lie 12th with 25 points.

"We have been hurting ourselves because we haven't been putting the goals away," he said.

"In all our games we allowed the opponent to hit us first. We have to get going from the [first] whistle."

Leopards coach Dylan Kerr has praised his top striker but wants to get more from him.

"I said to him that his job is to score goals and he should be in and around the penalty box," he said.

"He should be scoring at least two goals a game. I will keep pushing him in training."