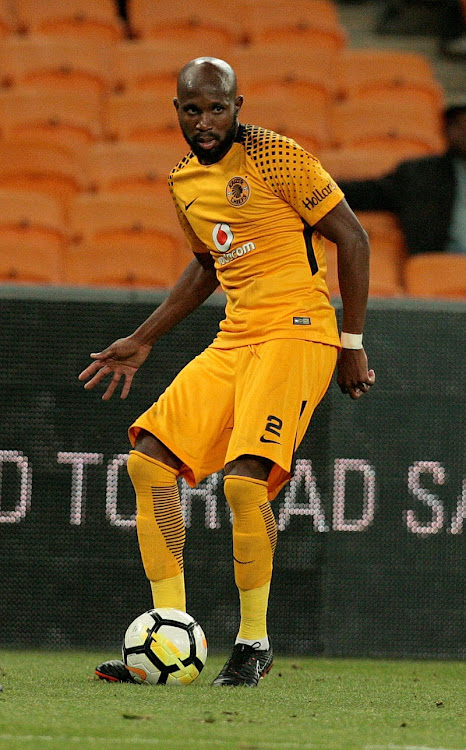 Chiefs coach Ernst Middendorp has said that Mphahlele and left-sided player Philani Zulu’s recent returns from injury have brought an energy to his squad.

Bafana Bafana defender Mphahlele has cautioned that Maritzburg – showing signs of a late revival under coach Eric Tinkler in their desperate fight against relegation – can be among the most dangerous opponents Chiefs might face at the moment.

“Ja‚ Eric is a tactician‚ Eric is a disciplinarian. We all know Eric‚ you know‚” Mphahlele said.

“He’ll be there‚ shouting and pushing the boys.

“For us‚ it’s the same medicine. We just go out‚ work hard and fight to get everything. Go out and fight for each other.

“Go out and try and win the game. Which is what we are going to try and do. We are playing at home‚ so there’s no excuse why we shouldn’t win the game.

Ramahlwe Mphahlele has contradicted the view of some of his teammates and club officials and said‚ realistically‚ Kaizer Chiefs are not a factor in ...
Sport
2 years ago

“Especially since we know who were are coming up against. If we were playing against a team who were in the top eight‚ and they were OK‚ maybe we would approach the game differently.

“But now we know that we are coming up against someone who is wounded and they want to get the three points. So we have to be 120 percent alert.”

United suffered a major hangover at the start of the season from their most successful campaign in 2017-18‚ where they finished fourth in the league and reached a first cup final in the Nedbank Cup.

By Christmas‚ coach Fadlu Davids had been sacked and replaced in a brief stint by Muhsin Ertugral.

Kaizer Chiefs striker Bernard Parker does not hide the fact that he owes his one-year contract extension at Kaizer Chiefs to the belief that head ...
Sport
2 years ago

They remain desperate on 17 points from 22 games‚ three behind second-last Chippa on 20 from 22.

Seventh-placed Chiefs (22 games played) are eight points behind leaders Orlando Pirates with a game in hand.