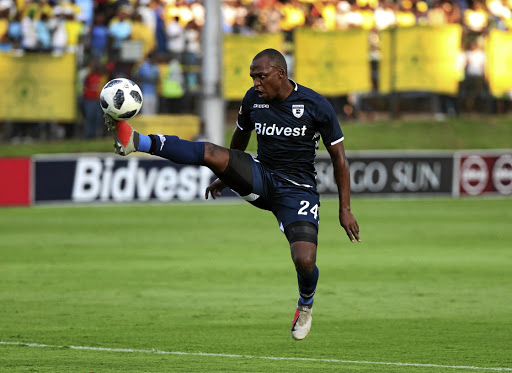 Gift Motupa of Bidvest Wits will hope to continue banging in the goals. / Gavin Barker/BackpagePix

Wits won the first-round encounter 3-0 in August and AmaZulu, in 11th place, are not just after revenge because a win would be vital considering their position.

In fact, the last three league outings between the two sides have produced 11 goals, with Wits also winning 3-0 previously.

AmaZulu did manage a 3-2 win over Wits two years ago, however.

Wits are winless in their last three league matches, with defeats to Highlands Park and Cape Town City and a draw against title rivals Mamelodi Sundowns.

Benni McCarthy said his instructions were for his players to lift their intensity‚ have fewer touches‚ and utilise their pace against the bigger ...
Sport
3 years ago

Gavin Hunt's men are placed third and cannot afford to drop any more points as the race enters the final stage.

Hunt would be crossing his fingers that striker Gift Motupa continues his scoring form.

Motupa was also on the scoresheet when the two sides met in Johannesburg last year and he's now on eight goals in all competitions.

AmaZulu will also be looking to bounce back after two straight defeats to Orlando Pirates and Maritzburg United.

In the two matches Cavin Johnson's charges conceded six goals - losing 4-1 to Bucs and 2-1 to their neighbours in KwaZulu-Natal.

Maritzburg United coach Eric Tinkler has called their Premiership match against their KwaZulu-Natal rivals AmaZulu a “must win” as the bottom-placed ...
Sport
3 years ago