Sundowns must wrap up a quarterfinal against Lobi‚ says Mosimane 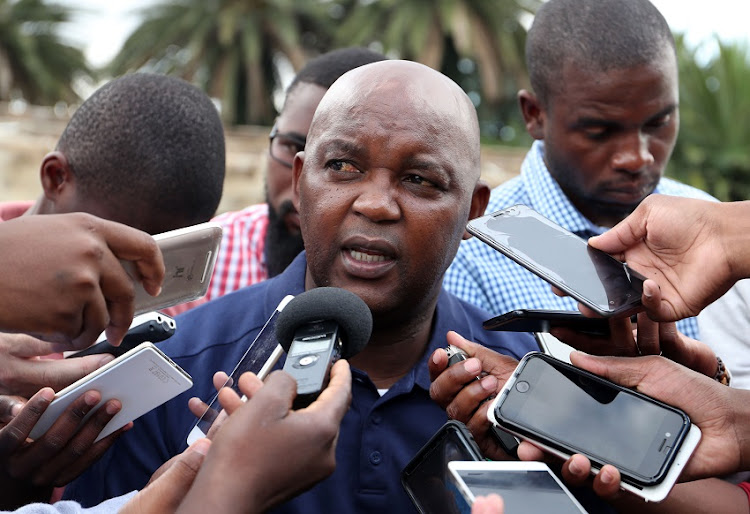 Mamelodi Sundowns coach Pitso Mosimane has asked his players to leave nothing to chance in their ‘must-win’ Caf Champions League‚ group stages clash against Lobi Stars of Nigeria at Lucas Moripe Stadium on Saturday night.

Kickoff is at 9pm.

The Brazilians go into this crucial match in second spot with seven points after four matches in Group A and a win will almost certainly guarantee them a place in the next round with a trip to Wydad Casablanca remaining.

“We don’t want to go to Wydad in Morocco needing to get the result by all means‚” Mosimane said as Downs prepared to host the Nigerians who stunned them 2-1 in the first leg played in Enugu in January.

“The Champions League is a priority for us and this game at the weekend against Lobi Stars is big for us. Between the league and the Champions League‚ you know where the weight is and what is expected according to the history of the club.

“Champions League is huge for us and it is not easy because if it was easy then everybody would do it.

Before Sundowns take on Lobi‚ Asec Mimosas host Wydad in an earlier kick-off at the Stade Felix Houphouet Boigny in Abidjan‚ and Mosimane is hoping for a result in that game that will favour Sundowns.

“The game in Abidjan is a tough one for both teams because the pitch there is very difficult. I went to Lobi Stars in Nigeria and I could not train and I think at this level we should do better in terms of resources for the Champions League.

“I think things must be standardised because we are still far from the Uefa Champions League.”

Mosimane reiterated his stance that doubling up the Champions League and local football commitments is not easy and the mentality of everyone involved must be correct to be able to deal with the challenges.

“It is a difficult one because you play three games in a week in the Champions League and you are also travelling.

“I was somewhere in Holland and I travelled to France and it took me one-and-half hours – it’s like [Joburg to] Cape Town. Orlando Pirates went to Tunisia and they went via Europe.

“The mentality has to be right to switch focus from the Champions League and focus on the domestic league.

“I walk at a mall in Morocco and Egypt‚ not even wearing Sundowns colours‚ and people say‚ ‘Coach‚ how are you and when are you we coming back’ – that’s Champions League for you.

“It’s an honour and it gives you the feeling that you are contributing to the betterment of African football.”