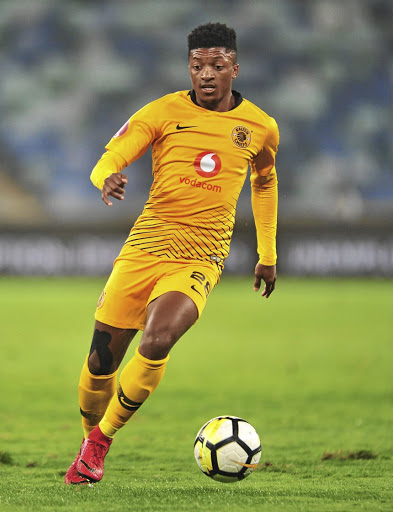 Zuma, 23, has featured in the last two league games against Polokwane City and Highlands Park.

He was one of the scorers as Amakhosi beat the Lions of the North 3-2 at the Moses Mabhida Stadium last weekend. Zuma is in line to play against Maritzburg United at the FNB Stadium tomorrow (6pm).

"I worked so hard at training for the last two months and maybe that's why I'm playing right now," he told the media before training at Naturena village yesterday.

Chiefs are currently in position seven and all Zuma is thinking of at the moment is to contribute to a strong finish in the league and the Nedbank Cup.

Nothing is more important to Kaizer Chiefs coach Ernst Middendorp than maximum points to ensure a strong finish to their 2018/19 campaign.
Sport
2 years ago

Amakhosi are in the quarterfinals of the cup competition and face Cape Town City at home later this month.

"I think we started slow and to see now that the log is wide open, we might have some regrets that if we won the games we drew, maybe we would still have a chance to win the league."

Chiefs are facing their fourth straight season without a trophy and Zuma would like to help change their situation.

"I know what we are capable of as a team; this season it is a must to win one [trophy]," Zuma added.

They were not at their very best in their 3-2 win over Highlands Park but Kaizer Chiefs coach Ernst Middendorp will no doubt accept a good and ...
Sport
2 years ago
Next Article