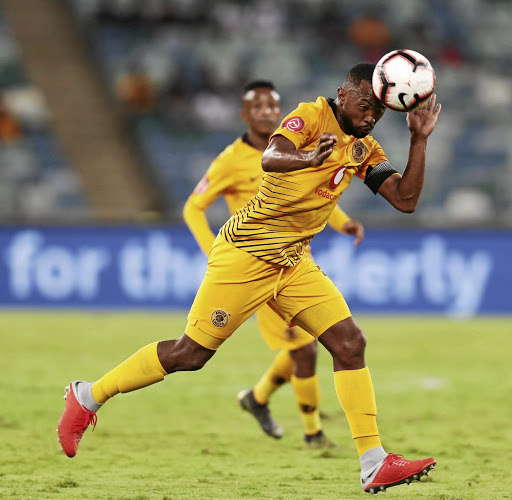 Such is Kaizer Chiefs's precarious position on the Absa Premiership log that even their players contradicted each other yesterday about their chances of winning the title.

First up was Mphahlele as he gave his thoughts on tomorrow's clash against Maritzburg United at FNB Stadium (6pm).

The Bafana Bafana defender said the aim for the team is to give their all in the eight remaining matches and move up from seventh spot.

"For us at the moment is to try to win the games that are remaining and see where we end off," said Mphahlele.

Ramahlwe Mphahlele has contradicted the view of some of his teammates and club officials and said‚ realistically‚ Kaizer Chiefs are not a factor in ...
Sport
3 years ago

"I don't think we still have a chance to win or compete for the league, but we just want to finish on a good note and maybe get a (CAF) Confederation Cup spot (by finishing third) if possible.

"Honestly speaking, it's unrealistic for us (to win the league) and maybe if the (current) technical team came in earlier, we would be talking a different story," he said.

Mphahlele pointed out that Chiefs's undoing was the fact that they dropped too many points by drawing a lot of games (eight so far).

"But we are saying it's water under the bridge and what do we do now? Can we try and fight for the points that are remaining and see what happens? It would be unrealistic of us to say we want to win the league," Mphahlele added.

Parker, meanwhile, had the media in stitches when he said Mphahlele woke up on the wrong side of the bed and was probably not in a positive mind.

"Everybody else have got their opinions, but I don't believe that's true what Rama said. Maybe he just woke up on the wrong side of the bed this morning," Parker said in a separate interview.

"It's for us to believe. If we believe, anything is possible."

What Chiefs can get from their remaining eight games

Playing at home, Chiefs can get maximum points against the league's bottom side.

With the Tshwane side also looking for a strong finish, the points could be shared.

Considering Baroka always seem to play well against Chiefs, a draw is possible.

It'd be a hard-fought encounter because Leopards are no pushovers in Thohoyandou. A draw.

If history is anything to go by, Chiefs can win this one.

Chiefs may win again when they host struggling Stars.

With the Chilli Boys fighting for their lives, it would be hard to separate the two sides.

There's good chance Chiefs may not lose any of their remaining matches, possibly winning four and drawing four. A total of 48 points will not be enough to win the league, though.

Inspired by the fact that most teams close to the summit of the Absa Premiership table are dropping points at an alarming rate‚ Kaizer Chiefs striker ...
Sport
3 years ago
Next Article