The Premiership run-in: How the league title contenders shape up 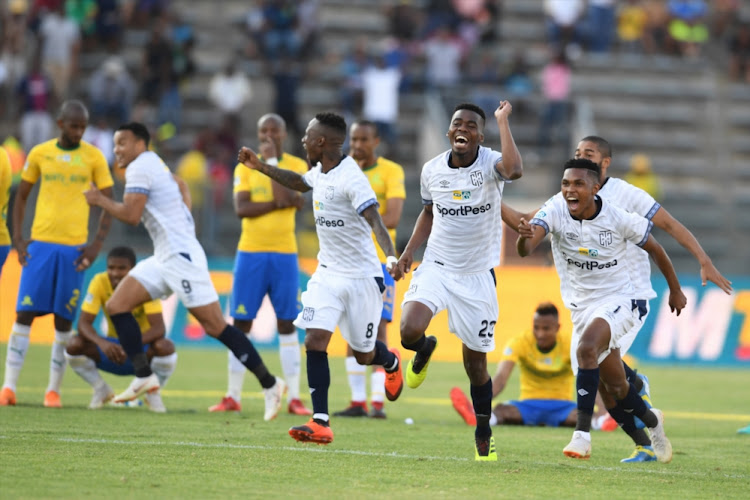 The Absa Premiership campaign is heading towards to an exciting climax with several teams all with a mathematical chance of winning the league title.

Although Orlando Pirates huffed and puffed to a 10th draw of the season after they were held to a 1-1 draw by Bloemfontein Celtic at home‚ the point was still enough for them to ascend to the summit even though Sundowns continue to hold the advantage of a game in hand.

SowetanLIVE looks at the run-in and assesses the final assignments of pacesetters Pirates‚ Sundowns and City.

City appear to have the easier run-in‚ on paper at least‚ but judging by the fluidity of the results this season‚ nothing is certain and there will more twists in this race.

That Premiership leaders Pirates have to contend with matches against title rivals Sundowns‚ Wits and City should be a bit of a worry for coach Milutin Sredojevic’s side.

The challenges they face in the last stretch‚ however‚ could be alleviated if they complete their domestic run-in without the burden of the Caf Champions League as juggling their Premiership assignments with continental duties still on their minds could be massively taxing.

Inconsistency has also been Pirates' Achilles heel‚ especially at home where they have dropped most of their points this season.

The Bucs' next two league games against Black Leopards at home and Wits away should reveal a lot about their league title ambitions.

But the postponement of their next league match against Leopards to March 29 could ease the burden.

The second-placed Sundowns will rightly feel aggrieved that their request for the postponement of their next league match against Maritzburg United away next Tuesday has been turned down by the PSL.

Sundowns travel to Waydad Athletic in their last Group A Caf Champions League match on March 16 and were hoping that the postponement of their match against Maritzburg would give them a breather.

What will further infuriate Sundowns is the fact that their partners on the continental club competition‚ Pirates‚ will no longer face Leopards on Wednesday after this fixture was postponed to March 29.

The way City coach Benni McCarthy celebrated his team’s 2-1 win over Sundowns on Tuesday should tell everyone that he must have had a glance at their run-in.

Other than hosting Pirates in their penultimate league match of the season‚ City have the best run-in of all the teams in the title race‚ starting with their home tie against Polokwane on March 15.

This fixture will come 10 days of rest after their bruising encounter against Sundowns this week.

The scales seem to be tipped in City’s favour if one considers the fact that unlike title rivals Pirates and Sundowns‚ they don’t have to worry about the Champions League.