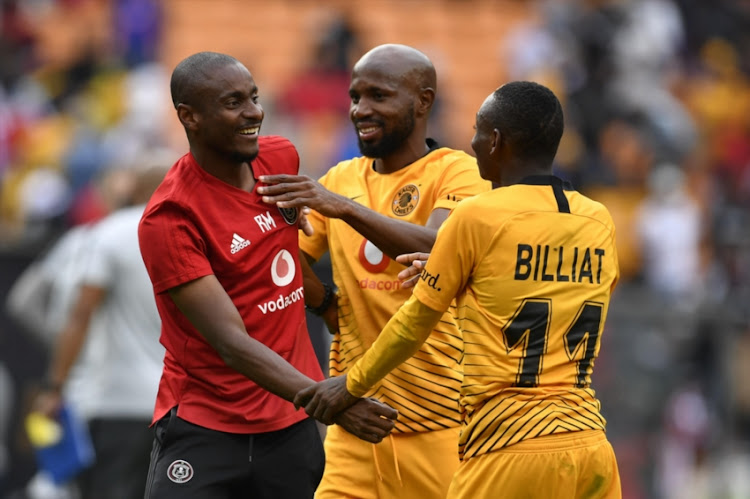 Ramahlwe Mphahlele has contradicted the view of some of his teammates and club officials and said‚ realistically‚ Kaizer Chiefs are not a factor in the Absa Premiership title race anymore.

Mphahlele‚ aware that Amakhosi are still mathematically in with a chance‚ said that kind of mammoth effort required to close the gap on the leaders would take a team in full flow‚ and he does not believe Chiefs are that currently.

Amakhosi do have a game in hand though‚ which means they can close the gap to five points with a win against last-placed Maritzburg United at FNB Stadium on Saturday (kickoff 6pm).

“For us at the moment it’s just to try and win the games that remain.

"Obviously‚ I don’t think we still have a chance to win or compete for the league‚ but we just want to finish the games on a good note‚” Mphahlele said on Thursday.

Mphahlele said‚ realistically‚ Chiefs’ form – recovering from their muddled start under Giovanni Solinas‚ and even if their structure has been much improved under Ernst Middendorp – is surely not good enough to go on a seven or eight-match winning streak.

“For us‚ honestly speaking‚ it’s unrealistic for us to [challenge]‚” the defender said.

“Maybe had the current technical team come a little bit earlier we would be talking a different story.

“Maybe had we collected the points that we were supposed to – against Polokwane City [a 1-1 away draw two weeks ago]‚ against Cape Town City [a 1-0 defeat this year]‚ against Sundowns [a 2-1 loss] – it would be a different story.

“We are saying‚ ‘OK‚ it’s water under the bridge – what do we do now? Can we try and fight for the points that are remaining and see what happens?’

“So for us the team goal is for us to finish in a better position.”

The hard-working right-back said‚ with the league now such an unlikely prospect‚ the Nedbank Cup becomes an even bigger focus for Amakhosi to try to prevent an unprecedented fourth season without a trophy.

Chiefs meet Cape Town City in the quarterfinals at Mbombela Stadium on January 31.

“Ja‚ that one we can control. It’s in our hands‚” the Bafana Bafana defender said.

“We have very difficult opponents. But to win the cup‚ you have to beat these guys.”