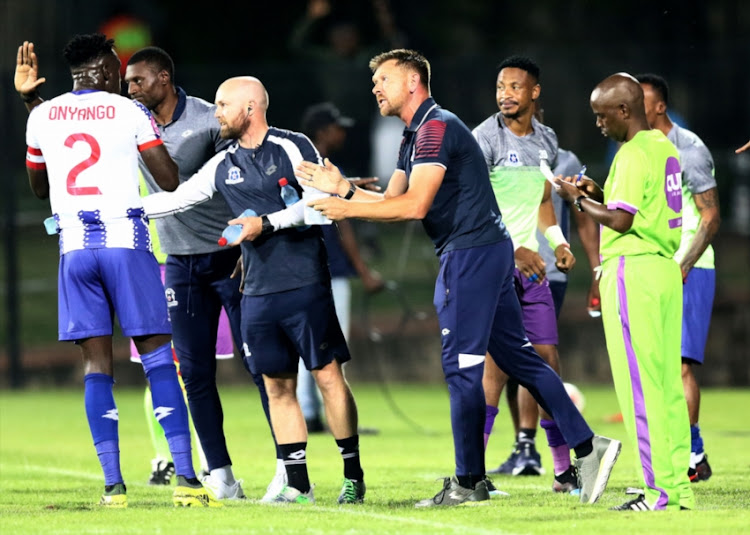 Maritzburg United coach Eric Tinkler has called their Premiership match against their KwaZulu-Natal rivals AmaZulu a “must win” as the bottom-placed Natal Midlands club continue to fight for precious points in order to survive the axe.

Tinkler’s team will host Usuthu at the Harry Gwala Stadium on Friday night in a game that will take Maritzburg’s point tally to 17 and two behind 15th placed Free State Stars if they win.

“AmaZulu have shown to be a threat this season and we have to be at our best irrespective of who they field‚” said Tinkler whose team will play without defender Rushine de Reuck who was shown a red card in their ill-tempered match away to Cape Town City at the weekend.

“The game that I’m worried about is this (AmaZulu)‚ without any shadow of doubt it is this one. AmaZulu game is a must win.”

Maritzburg are scheduled to play against Kaizer Chiefs and Mamelodi Sundowns after their game against Usuthu‚ but Tinkler insisted those two games are better to plan for than against their Durban neighbours.

“Players will be there for Chiefs‚ you’re playing Chiefs and you know that your players will respond there. I never worry about that‚” said Tinkler.

“Sundowns it’s the same thing. It is these game (AmaZulu) that at the beginning of the season you’re looking to try and be in the top eight.

“You’re not going to be looking at Chiefs and Sundowns. Whatever you get against them it's a bonus.”

“You look at games against AmaZulu‚ Polokwane (City)‚ (Golden) Arrows‚ these are the teams… the Chippas (Chippa United).

“These are the teams we’re saying we need to collect six points. That’s where a lot of times you end up losing and finding yourself where you are.”

For the sake of his team’s survival Tinkler is hoping the relegation battle will go down to the wire‚ with as many teams fighting to survive.

“I’m hoping for that because we need to collect three points and right now we can’t be worried about the others. We've got to worry about ourselves. That’s about collecting the three points.”

Since arriving at Maritzburg at the end of January to replace Muhsin Ertugral‚ Tinkler has guided Maritzburg in three matches‚ winning 3-1 at home against Polokwane City and losing two matches away‚ 1-0 against Bidvest Wits and 3-2 to his former team‚ City‚ last weekend.