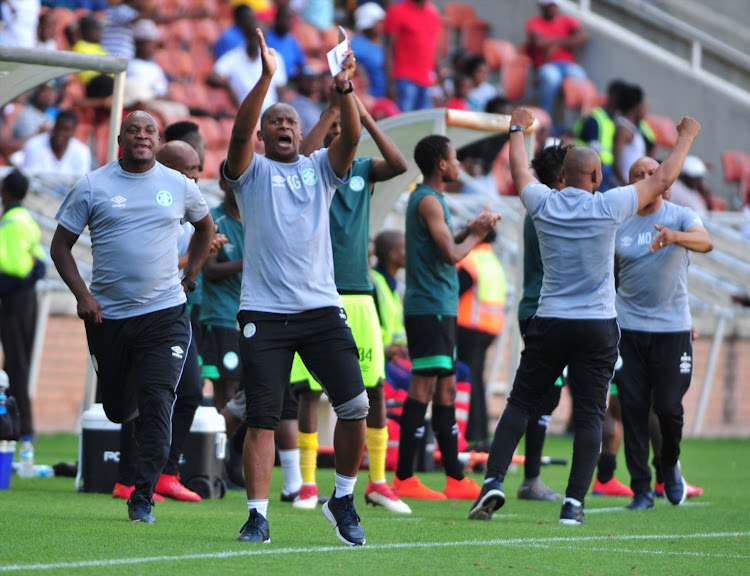 Bloemfontein Celtic might have been among the frontrunners in the Premier Soccer League title race in the first half of the season but caretaker coach Lehlohonolo Seema says their ambitions for the end of the campaign involve no more than a top eight place.

Celtic have won just three of their last 10 league games after starting the season like a house on fire‚ despite all the off-field problems around the collapse of owner Max Tshabalala’s tenderpreneur empire and subsequent failure to properly fund the team.

Celtic‚ whose players have gone on strike several times in the campaign‚ have exceeded expectation but now look to be crashing.

Seema‚ who is working alongside John Maduka again after the departure of Steve Komphela in December‚ says they have long set aside any hopes of taking a maiden Championship.

“Our plan is to consolidate our top eight place‚” he said as Celtic prepare to meet champions Mamelodi Sundowns away on Saturday in Pretoria and then take on Orlando Pirates next Tuesday away before hosting leaders Bidvest Wits on Friday March 15.

“The others can fight it out for the league. We have a very difficult last nine games and as far as the league is concerned‚ I can say a straight ‘no’.

“We just want to get into the top eight. Anything else would be a bonus‚” added Seema‚ whose clubs are into the last eight of the Nedbank Cup.

Celtic are currently in eighth place after losing 3-2 at home to relegation-haunted Free State Stars on Sunday.

They have 29 points with nine games left to play.

Highlands Park are just behind them on 26 points with Golden Arrows one further point back in 10th spot.

Both Mamelodi Sundowns and Orlando Pirates have requested the postponement of matches in mid-March‚ ahead of their last round of African Champions ...
Sport
3 years ago

Benni McCarthy says new signing Travis Graham has the ability to emulate Teko Modise and become a major force in the Premier Soccer League.
Sport
3 years ago
Next Article