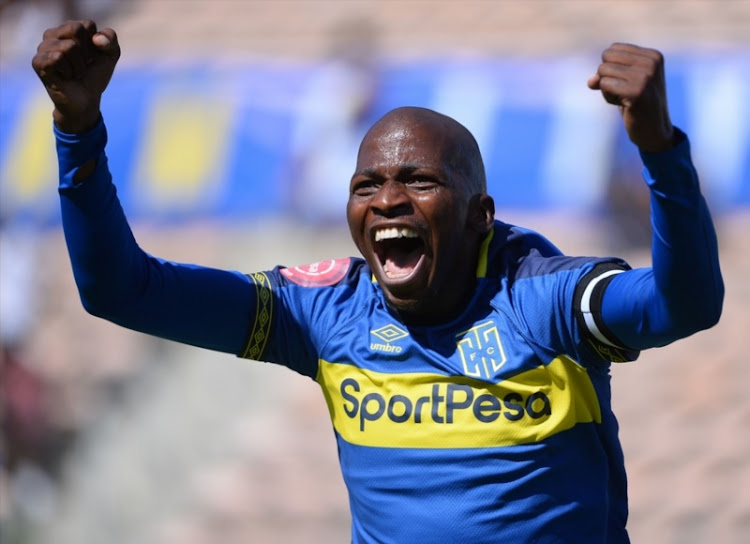 If current form is anything to go by then Cape Town City captain Thamsanqa Mkhize would be one of the players to watch against Mamelodi Sundowns at Loftus Stadium tonight (7.30pm).

Mkhize, 30, is relishing the challenge to deliver the goods against the Brazilians from the right-back position.

"We all know we will come up against quality players from Sundowns," Mkhize told Sowetan. "So it's going to be a big test and we must face these sort of challenges if we want to achieve our goals."

On a personal note, the lad from KwaZulu-Natal has taken his game to another level and is arguably one of the contenders for the PSL Player of the Season award.

Three goals in the space of 12 minutes handed Cape Town City a berth in the quarter-finals of the Nedbank Cup as they hammered Highlands Park 3-0 in ...
Sport
2 years ago

Last season, he starred in 34 matches across all competitions, scored one goal and had one assist. With three goals and three assists in 24 matches this campaign so far, Mkhize has been pleased with his contribution.

"I'm obviously happy that I'm able to contribute to the team and we are doing well," said Mkhize, who has two Man of the Match awards this season.

He's credited coach Benni McCarthy for the improvement. "I must be grateful to the coach, because he's the one who's been saying, 'whenever you are in the box, sometimes you must be selfish'."

Despite the Citizens being in fourth spot and facing the top teams this week, including Bidvest Wits on Saturday, Mkhize insisted that the focus is taking it one game at a time.

Whether or not they are title contenders, the Citizens could decide where the championship goes as they prepare to face teams leading the race.