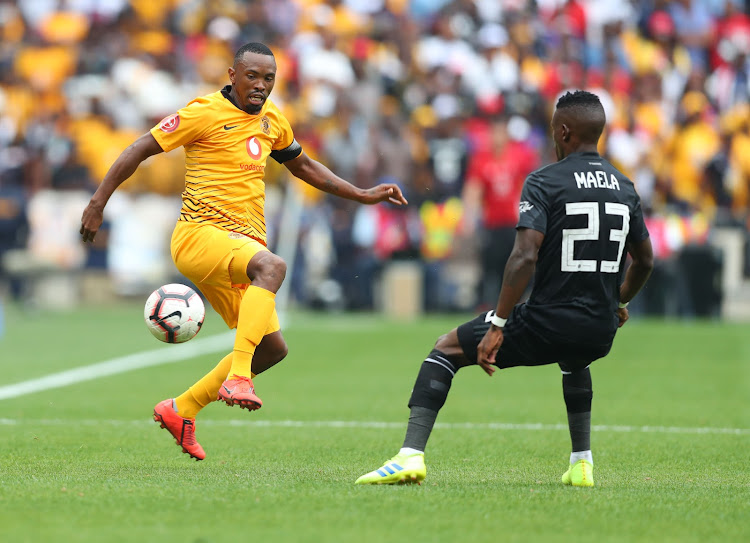 Bernard Parker is enjoying a revival in game time under Ernst Middendorp at Kaizer Chiefs‚ and hopes the club’s supporters understand that his role‚ at 32‚ is more about creating goals now than scoring them.

Parker started the season being utilised mostly as a substitute by Giovanni Solinas.

He might have scored just one goal in 2018-19‚ but increasingly Middendorp‚ who clearly has respect for the veteran’s experience and intelligence‚ has utilised Parker‚ often as an outside right.

The Bafana Bafana 2010 World Cup star might not have the pace in his legs so much any more. He explains that his role now‚ even playing out wide‚ is more of a link man – capable of seeing the passes that release teammates and getting into space to put in quality crosses.

Once regularly a PSL top scorer‚ Parker has struggled for goals in the past four seasons. Part of that‚ he said‚ has been down to Chiefs’ struggles and a high turnover of players at Naturena.

But recently a spring in the step and creative influence have been visible again‚ even if only more discerning supporter will have picked up on it.

“To be open now‚ as you can see creating is a big part of football today‚” Parker said.

“It’s about a good understanding and relationship with your teammates on the field‚ knowing their strengths and their weaknesses‚ for you to create those opportunities.

“With Chiefs‚ for the past three years silverware hasn’t come our way. So there have been a lot of changes too.

“You try this one [player]‚ and you try that one‚ or we try this one or we release the other one. So there wasn’t that much time for us to get that correct‚ synchronised attacking movement in place.

“Pitso [Mosimane‚ Mamelodi Sundowns’ coach] has said in an interview that it took him three years to get that combination that he could perfect. Your ‘CBD’ [Leonardo Castro‚ Khama Billiat‚ Keagan Dolly]‚ and so on.

“And with me being a senior in the team‚ if I don’t score I assist. Perhaps the fans don’t quite appreciate that.

"Because the fans know Bernard Parker as a goal-scorer.

“I am also doing a lot of work as a senior player‚ on and off the field‚ motivating the young players to come through‚ to step up.

“For this season‚ we’ve got such good attacking options now that the intelligence‚ creativity and the individual brilliance is helping us in certain moments in our game.

“And you can see that is growing‚ in terms of team goals and the understanding. The guys behind us are also playing a big part. We score in almost every game.

“So for Bernard Parker right now‚ it’s about giving my all. I have been played in different positions. I’m assisting a lot in terms of creativity.

“And I just continue working hard so I can also maybe get that goal-scoring form as well. Goals are there.” Parker has made 17 league appearances this season.

Under Solinas‚ he started five games and was a substitute in five. He played in 10 out of 14 games.

In Middendorp’s seven league games since the coach’s arrival on December 9‚ Parker came off the bench in the first three‚ then has started the last four.