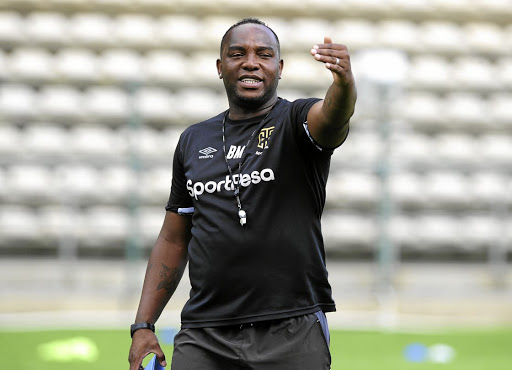 Cape Town City would probably fancy their chances of winning the Absa Premiership and if that fails, they would decide who wins it.

Benni McCarthy's men are meeting top sides Bidvest Wits and Mamelodi Sundowns this week. First up for the Citizens will be the Brazilians at Loftus Versfeld tomorrow and then the Clever Boys on Saturday.

With six wins, two draws and two defeats in their last 10 league outings, the Mother City team are certainly no pushovers. "Listen, every game is tough," said McCarthy following his side's hard fought 3-2 win against Maritzburg United at Athlone Stadium over the weekend.

"We are fighting to stay in the hunting pack for honours and we know we are a little bit out of our depth.

Benni McCarthy has played down the touchline fracas that delayed the end of Cape Town City’s 3-2 win over Maritzurg United on Saturday.
Sport
2 years ago

"But no-one told Leicester City they were out of their depth and they just believed and kept on rolling game by game [until they won the English Premiership title in the 2015/16 season]. You try and win every possible game that you can."

"You never know what might happen at the top and that's basically the same attitude and route that we are trying to take."

McCarthy has cautioned that City are going to put up a big fight for the points.

"We are focusing on ourselves and we are only worried about what's on our plate.

"Sundowns aren't invincible and they are not a team that you have to fear and that you got to change your way to play against them," McCarthy added.