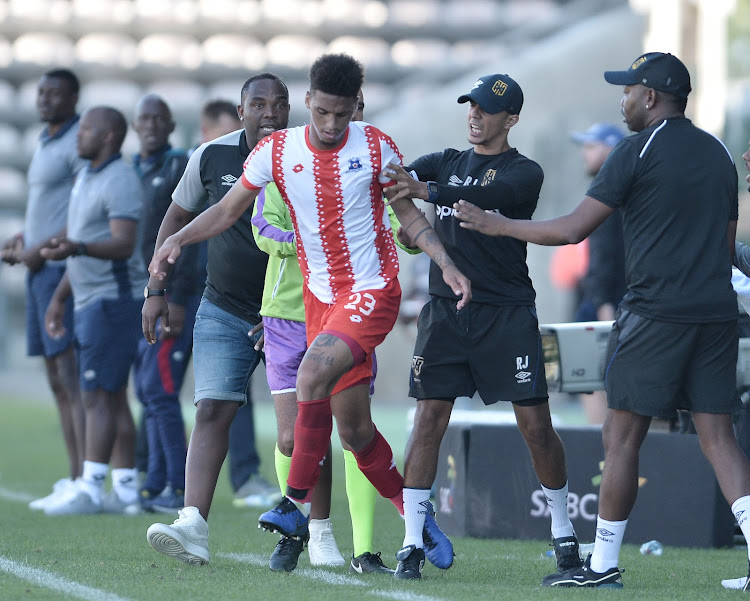 Becker said he had not yet viewed the videos of the incident that have gone viral on social media and been featured on Monday’s TV weekend review discussion shows.

However‚ it seems likely that City coach Benni McCarthy‚ despite his subsequent protestations that he was trying to act as a peacemaker‚ will be among those charged‚ as the videos appear to show him having been heavily involved.

“I’m getting video clips in and match commissioner’s reports and everything like that‚” Becker told SowetanLIVE on Tuesday morning.

“So the investigation in that has already started. I will review the video evidence.”

As De Reuck was heading for the tunnel‚ City assistant-coach Ryaan Jacobs also received his marching orders for words spoken. He entered the tunnel ahead of De Reuck.

There then appears to have been more words spoken from Jacobs in the tunnel‚ as De Reuck rushed in to be involved‚ which quickly escalated into a scuffle involving both teams’ benches.

McCarthy is seen entering the fray‚ then what appears to be the City coach’s arm is seen allegedly grabbing a Maritzburg official by the throat.

It also seems likely De Reuck and Jacobs will be among the people charged.