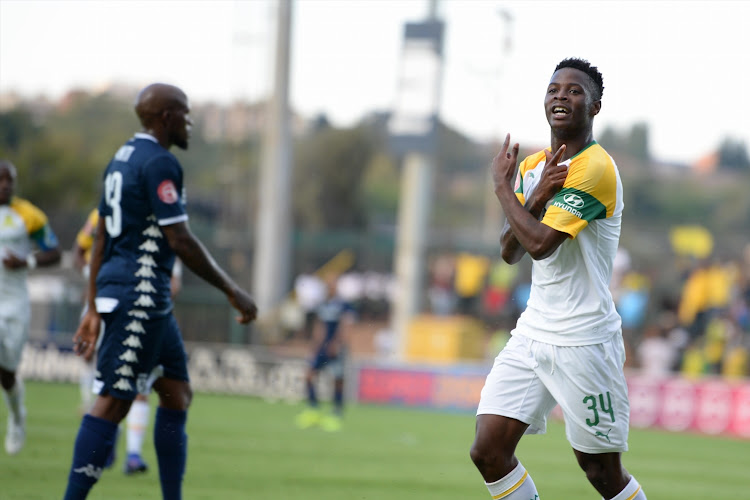 Mamelodi Sundowns coach Pitso Mosimane has never been one to mince his words and he came out with guns blazing when he said star player Phakamani Mahlambi was never coached properly.

A forthright Mosimane said Mahlambi is a long way from becoming a complete player and he still needs to work very hard on the deceptive star who scored against former club Bidvest Wits in a 1-1 drawn Premiership match in Milpark on Saturday.

“Ey Phaka (Mahlambi)‚ ey I have a lot of work to do with Phaka‚” Mosimane said.

Mahlambi‚ who won the Young Absa Premiership Player of the Year gong after winning the league title with Wits in 2016/17 season‚ joined Sundowns in July last year from Egyptian giants Al Ahly after struggling to cement a place with the North African powerhouses.

“Phaka… eish he’s raw‚ raw‚ raw‚ huh. Phaka we are starting to coach him on how to play football at the club.

“Of course he’s got the speed‚ he can shoot and he can score. And we wanted Phaka’s speed to get behind Wits.

“Same as Wits‚ they had (Fagrie) Lakay and (Deon) Hotto to use their speed and they got what they wanted because Lakay went beyond Wayne (Arendse) and you saw that.

“So that’s what we wanted (with Mahlambi) also‚ but yah what can you do? You’ve got to accept. It’s the way it is.”

Mahlambi has not started all the matches at Sundowns this season but his goal against Wits should encourage him as it was his second of the season in the league.

Sundowns host Cape Town City at Loftus in Tshwane on Wednesday in another league match that Mosimane admitted would be tough.

A win for Sundowns could see them going one point clear of log leaders Bidvest Wits who are top of the table with 38 points after 21 matches.

The Brazilians will meet City carrying a two-game advantage over Wits and second-placed Orlando Pirates.