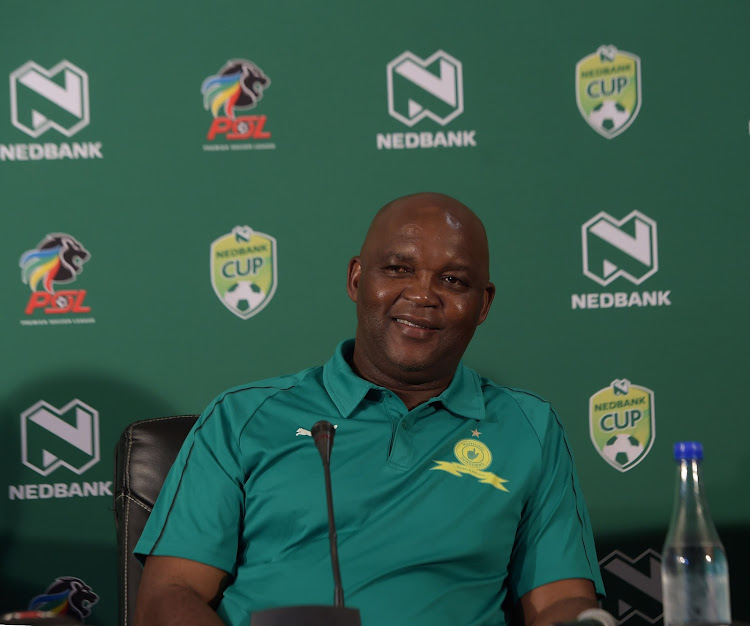 Mamelodi Sundowns coach Pitso Mosimane resumes his punishing schedule this week and will continue to juggle his attempt to defend the league title at home in South Africa with working towards a CAF Pro License in Morocco.

Mosimane flew to Morocco on Saturday night immediately after the third-placed Brazilians had played to a 1-1 draw with premiership leaders Bidvest Wits in Milpark.

He will rush back home to SA on Wednesday in time to lead Sundowns against fellow title rivals Cape Town City at Loftus later in the same day.

“I’m going to miss the last day of the seminar (of the CAF Pro License) because I have to be back for the Cape Town City match‚” said Mosimane.

"I have to complete this thing. The Pro License has a 12 month programme but I see some guys getting it in three weeks and four months.

"So hopefully during the Fifa calendar I’m going to be in Morocco again because that’s the week we are playing Wydad (Casablanca in the Caf Champions League).

“It’s important that when you are invited to the course you show respect and complete it. But it doesn’t really make you a better coach but it equips you a lot.”

Mosimane said he wanted to win against Wits on Saturday but welcomed the point they gained. He credited his team’s experience after playing close to 60 minutes with 10 men following Wayne Arendse’s red card.

“Yes of course you saw what happened‚" he said.

“But we got a good point‚ it’s important.

"The situation as it is now is the same as it was before the match started.

“Yes we would have liked to have got three points. We have dropped four points out of the six but who is gaining points?”

The Sundowns coach admitted that the game against City would test his team's title credentials.

Orlando Pirates returned to winning ways, going above Mamelodi Sundowns into second place in the Absa Premier Soccer League standings as they snapped ...
Sport
3 years ago

The destination of this season’s league title remains in the balance with log leaders Bidvest Wits failing to beat a 10-men second-placed Mamelodi ...
Sport
3 years ago
Next Article