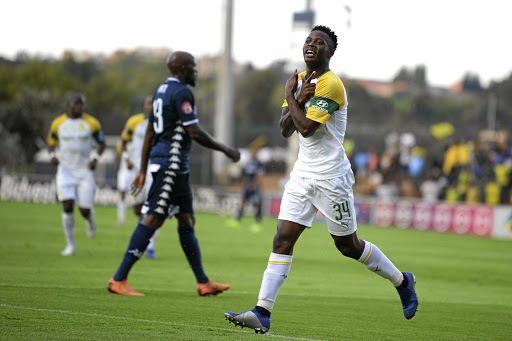 Before Mamelodi Sundowns coach Pitso Mosimane began his post-match media briefing after the 1-1 draw against Bidvest Wits, a Sundowns supporter shouted from the stands: "Pitso, we will take the league title."

This was after the defending champions dropped down to third spot following the draw at Bidvest Stadium at the weekend.

But with two matches in hand and two points behind the leaders Wits, the Masandawana faithful are clinging to hope that Sundowns would retain the title.

Unlike the fans who are clearly getting ahead of themselves, "Jingles" knows winning the league is easier said than done, especially with two big clashes coming up against Cape Town City in between a home clash against Bloemfontein Celtic.

The destination of this season’s league title remains in the balance with log leaders Bidvest Wits failing to beat a 10-men second-placed Mamelodi ...
Sport
2 years ago

"It's going to be hard and the game against Cape Town City [on Wednesday] is going to be the same as the one against Wits," noted Mosimane.

"It's the same for Wits because they also have Cape Town City and [Orlando] Pirates.

"It's a race and you should not be emotional about it. It's like the race of Liverpool and Manchester City [in the English Premiership]. You got to keep calm and cool because it's a long way to go."

With three league titles since joining the Tshwane side in 2012, Mosimane is banking on his experience to help get his charges over the line.

"Yeah, of course. You saw what happened [against Wits, playing with 10 men]. This is a Champions League team and have been there for five years," stated the former SuperSport United mentor.

Mosimane, meanwhile, believes their goalscorer against Wits, Phakamani Mahlambi, is still a rough diamond and is working on getting him better. "Hey I have a lot of work to with Phaka. He's raw, raw, raw! We are starting to coach him how to play football for the club," said Mosimane, who wants Mahlambi to improve his general play and finishing.