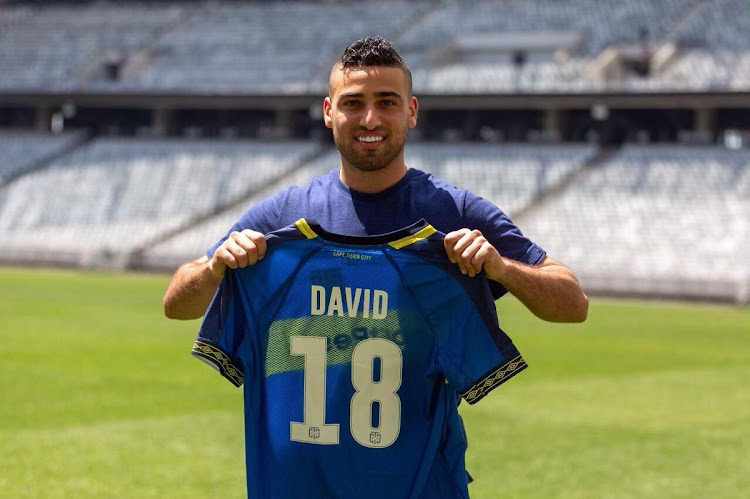 Cape Town City FC announced on February 24 2019 the signing of Dutch play-maker Chris David on a two and a half year deal.
Image: Cape Town City/Twitter

Cape Town City have signed former Fulham winger Chris David as they continue to build for a Absa Premiership championship push in the closing weeks of the season.

David‚ who is a Dutch national‚ plays predominantly as a right winger‚ but can also operate more centrally as City look for cover for injured Thabo Nodada and Roland Putsche‚ who are out for the rest of the season.

City signed former Ajax Cape Town midfielder Travis Graham to plug one of those holes last week‚ and will use David to cover for the other.

David‚ 25‚ came through the junior ranks at FC Twente and joined Fulham in the 2013/14 season‚ making his Premier League debut against Crystal Palace‚ scoring his first goal in a 2-2 draw.

He returned to FC Twente in January 2015 and later played for Go Ahead Eagles and Utrecht in the Dutch League.

He is also a Netherlands junior international and has dual Turkish citizenship.

City will hope to sort out his work permit as soon as possible with crucial home and away games against Mamelodi Sundowns and a visit to Bidvest Wits all in the next 10 days.