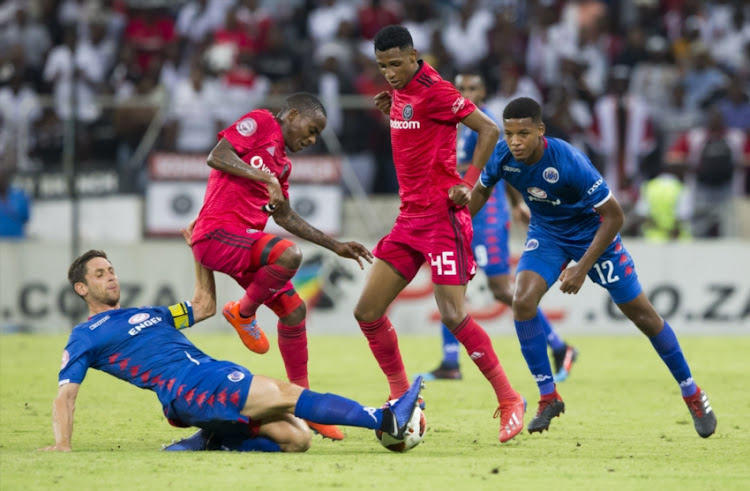 Orlando Pirates have to put their setback against SuperSport United out of their minds and bounce back against AmaZulu‚ Bucs coach Milutin Sredojevic has said.

The Buccaneers will start to have a sinking feeling that the 2018-19 Absa Premiership title – which‚ given their army of coaches and strength of their squad‚ many had tipped them for – is slipping away should they suffer a second reversal against Usuthu at Orlando Stadium on Saturday (kickoff 8.15pm).

With that in mind‚ Sredojevic unsurprisingly was quick‚ following a demoralising 1-0 defeat against SuperSport at Mbombela Stadium on Wednesday night‚ to speak of Bucs’ need to put that result out of their minds.

Pirates‚ after Clayton Daniels powerfully headed SuperSport ahead in the 65th minute‚ spurned a chance to equalise when Happy Jele’s penalty was saved by Ronwen Williams.

The defeat would have hurt more for third-placed Bucs as it followed second-placed Mamelodi Sundowns dropping points in a 1-1 home draw against Polokwane City the night before.

It also brought to an end a 14-match unbeaten league run. Despite that streak‚ Pirates' form is now firmly under question as they have won just three times in 11 games‚ drawing seven.

Third-placed Bucs need a victory against AmaZulu to restore their own confidence in their ability to close off a championship.

“First of all‚ we are not thinking about anyone else but ourselves‚” Sredojevic said about his team spurning a chance to go above Sundowns into second.

“We prepared ourselves very well for the game [against SuperSport]. We knew that one moment between us could decide the game.

“[After conceding] we threw everything into attacking with five attackers up-front‚ keeping the ball very well‚ having a variety of attacks.

“As a product of that domination we got that penalty. Unfortunately we missed.

“We lost the game. It’s a setback for us. And now the masterpiece on how to pull ourselves up will be to stop thinking about this match‚ and think about AmaZulu and the match on Saturday.”

Pirates’ inability to kill games has raised question marks over the size and unwieldiness of their squad‚ and of their perhaps equally bloated technical staff.

They will want to put those concerns to bed with a win against Cavin Johnson’s tough AmaZulu‚ who come off back-to-back wins against Sundowns and Cape Town City.