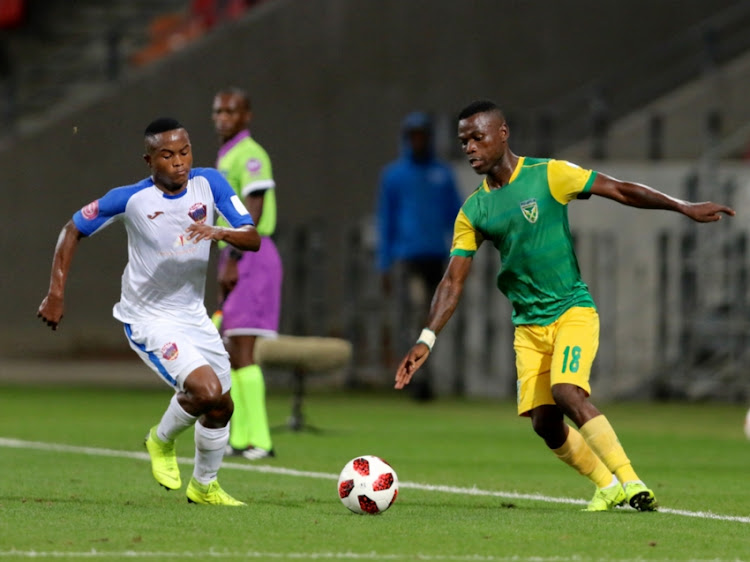 Clinton Larsen’s reunion with his former Lamontville Golden Arrows charges ended in 1-1 stalemate as he kept up his unbeaten record since joining Chippa United at Nelson Mandela Bay Stadium on Friday night.

But Larsen’s new team had to come from behind to share the spoils and are still hovering just above the Premier Soccer League relegation zone.

Arrows, who fired Larsen just after Christmas and replaced him with Steve Komphela, were ahead after persistence from their Zimbabwean fullback Divine Lunga caught out a pedestrian Chippa fullback Zitha Macheke and took the ball round him to easily set up Knox Mutizwa for a 22nd minute lead.

It was a goal that came through persistence in attack from the visitors and highlighted the fragile nature of the Chippa defence, who had already been exposed by the running of Danny Venter down the right hand side.

Within a minute of the goal it should have been 2-0 as Velemseni Ndwandwe, playing for the first time this season after overcoming a serious shin splints injury, went on a mazy run, rounding two defenders before being caught just in front of goal by Macheke’s goal-saving tackle.

But Chippa could have been back level before the break as Arrows goalkeeper Nkosingphile Gumede was twice caught off his line, and out of position, but his defenders blocked goal bound efforts from Chippa to rescue him.

After the break, the game turned a little tempestuous as some crunching tackles had both coaches complaining to each other and the benches trading insults.

Chippa were forced to increase the tempo of their attack, bringing on Ruzaigh Gamildien to add numbers. He struck the upright with a shot from outside the box just after the hour mark.

Kurt Lentjies set up the equaliser in the 70th minute, helped by Tercious Malepe’s flick-on header that left Lerato Manzini with a close-in finish for his first goal of a season where he has been largely under employed.

But the Lunga-Mutizwa combination should have had Arrows back ahead just three minutes later but Mutizwa headed over the target with his mercy.

Larsen has now gone six games without defeat since he joined Chippa just after the new year.