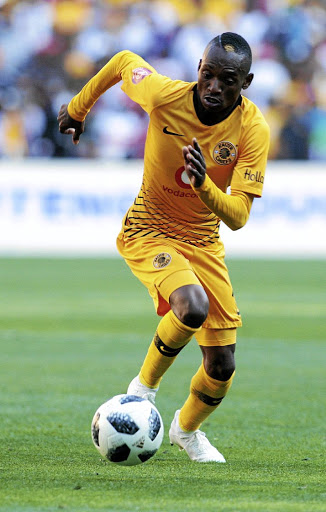 Kaizer Chiefs have bad memories of the last time they played Polokwane City for a couple of reasons.

Firstly, Chiefs were beaten 1-0 at the Durban's Moses Mabhida Stadium in October; secondly, that match was played behind closed doors as punishment for crowd trouble.

Since October, so much has changed at Chiefs with Ernst Middendorp now their coach and nine players who started against City almost five months ago no longer in the picture because of injuries and losing their places.

Keeper Itumeleng Khune is still out with a shoulder injury, which puts Bruce Bvuma or Daniel Akpeyi on the firing line against the City attackers.

Defender Ramahlwe Mphahlele also started back then, but has just returned from a knee injury.

Polokwane City are unpredictable and tricky but Kaizer Chiefs can overcome them with structure and a good gameplan‚ Amakhosi midfielder George ...
Sport
2 years ago

Godfrey Walusimbi has also parted ways with Chiefs. Other players like Mario Booysen, Siyabonga Ngezana and Dumisani Zuma have fallen down the pecking order in their positions.

Khama Billiat and George Maluleka are the two players most likely to start against City from the team that lost to them in Durban.

Chiefs, however, are not the same side that was beaten last year and under Middendorp, they've been looking better than during his predecessor Giovanni Solinas' reign.

In league action, Chiefs were impressive in their last two away matches. Last month, they beat Bidvest Wits 2-0 and AmaZulu 3-2.

But the fact that Chiefs are placed seventh and separated from eighth-placed Polokwane by goal difference makes this an intriguing clash, especially because a win for either side could take them to fifth place depending on other results.