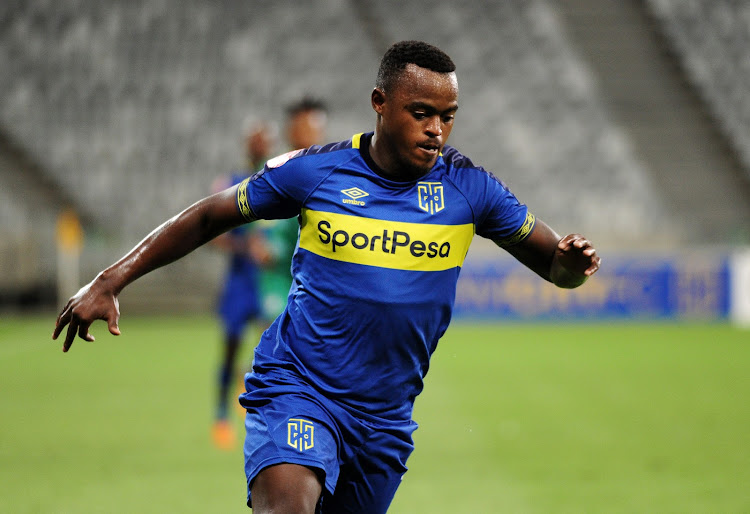 Ayanda Patosi scored one goal and created the other as he enjoyed a sparkling debut for new Iran side Esteghlal.

Patosi forced an own goal when his corner was turned into the net by Pars Jam Bushehr forward Emad Mirjavan‚ and then whipped in a typically venomous cross that eluded everyone and went into the net.

It is a dream start for Patosi at his new club as they won 2-0 and it comes after his move was potentially scuppered by the fact that he did not meet eligibility requirements to be registered in Iran.

He needed to have played for the national side in the previous two years‚ but was helped by a letter written by Highlands Park coach Owen da Gama‚ who was in caretaker charge of Bafana Bafana in March 2017 that detailed how he would have been called up for two friendlies but was injured.

Patosi will be relieved to have made an impact in his first game as he looks to win over fans of his new club.

The move represents a major windfall for the attacking midfielder and Cape Town City‚ who last month loaned him to Iran for six months in a lucrative deal‚ worth some R14-million.

The regular game-time‚ which he was not receiving at City‚ could also be a boost to his national team chances‚ with his set-piece delivery in particular potentially a real asset for Bafana.

Esteghlal stay in fifth in the Iranian league with the win‚ seven points behind leaders Sepahan with 12 matches remaining in the season. They are next in action on Sunday against struggling Zob Ahan.