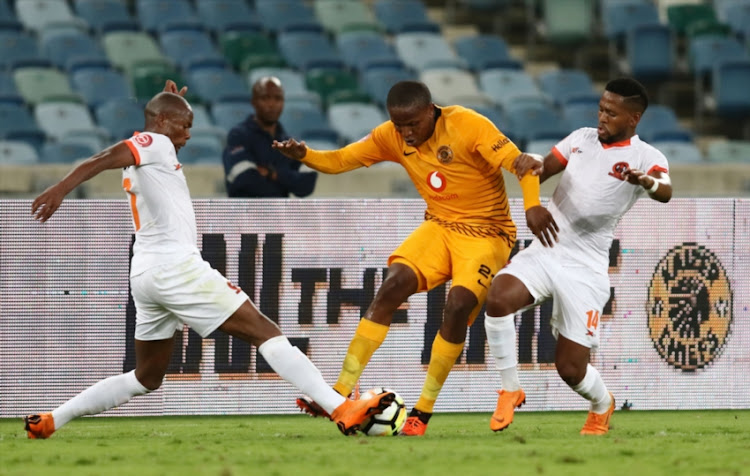 It’s a classic case of out of pan and straight into the fire for Polokwane City whose next Absa Premiership outing is against Kaizer Chiefs at Peter Mokaba Stadium on Saturday.

City held Mamelodi Sundowns to a 1-1 draw at Loftus on Tuesday and coach Jozef Vukušič said the result would serve as a good morale booster for the visit by Amakhosi who are also desparate for the maximum three points.

“A draw away from home against a top quality side like Sundowns is definitely a good morale boost for our game against Chiefs at the weekend‚” said Vukušič.

“It was important to get a result like this‚ especially after the disappointing loss to Maritzburg United recently.

"Before playing against Sundowns‚ we spent almost two weeks without action since we lost to Maritzburg and we came here for a win.

"We only managed to get a point and the result will surely give us confidence going into the next game.”

Asked to reflect on his team’s performance where their equalizer was scored by Sundowns goalkeeper Denis Onyango‚ Vukušič said their plan was to contain the Brazilians and hope to catch them on the counter.

“Our plan was to counter them when they opened up because they were going to go forward in search of a goal.

"In the first half we were not that good with our processes and we were too defensive but we improved in the second half.

"During half time we made some corrections and the second half was a much better all-round performance by the boys.

“The field is a little bit difficult because you couldn’t play quick football.

"I know it was the same for both of us but they had a slight advantage because they are used to it as it is their home ground."

City are eighth on the standings and Vukušič has urged his players to stay in that bracket till the end of the season.

“From the first moment until the last‚ the target will be top eight‚" he said.

"We said it at the beginning of the season and we know that its not going to be easy because there are about eleven teams who are fighting for the same positions.

"Even the teams that are down on the log still have that ambition‚ but we will go from game to game.

"We have tough games which started with Sundowns and the next one is against Chiefs and we will see what happens there.

"We are going to play three games in six days.”