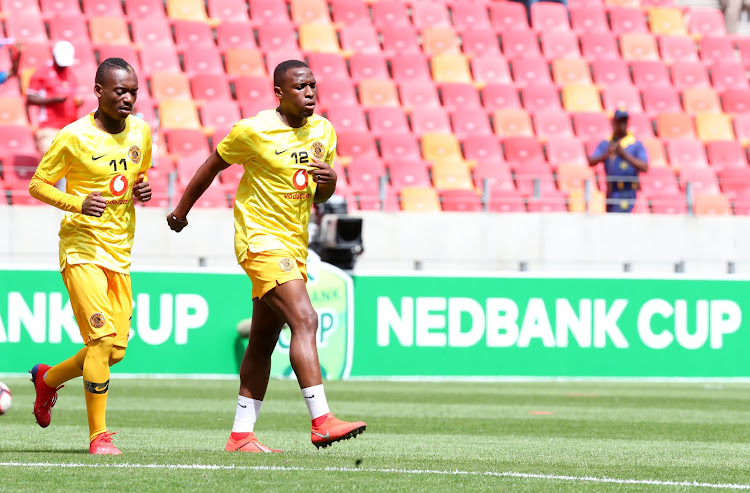 Kaizer Chiefs midfielder George Maluleka has challenged his team-mates to “beat the best” in the Nedbank Cup if they are to end the club’s unprecedented four-year trophy drought.

Chiefs go into the draw as one of the favourites on Thursday night and Maluleka said they were ready any team that is thrown onto their path.

“I’d rather meet any team now to see where we stand and see whether we have a good chance of winning it‚” said Maluleka after beating minnows Tornado FC (1-0) and The Magic FC (3-0) en route to the quarterfinals.

“We also need to know where we stand and so I’m not going to say (I prefer) any name actually.”

"So if it’s a PSL or NFD team‚ it doesn’t really matter because if we want to win this in any case we have to be at our best‚” asserted Maluleka who’s been preferred in the Chiefs engine room ahead of Willard Katsande recently.

The last time Chiefs won any cup in the PSL was in 2014 when they were crowned champions of the MTN8 ahead of winning the league in the same season.

With Orlando Pirates‚ Mamelodi Sundowns and SuperSport United already out of the Nedbank Cup‚ Maluleka agreed that Chiefs‚ Wits and Benni McCarthy’s City appear to be the favourites.

“I would say (being favourites) it gives us that extra motivation to say that we actually need to lift ourselves‚” he said.

“I think it gives us that extra motivation because there’s Cape Town City and there’s Wits as well that are also doing very well not only in the Nedbank but also in the league.

“So it’s going to be a close one‚ but the only way to find out is if we meet them (Wits or City) and we beat them.”

Maluleka also thanked the Chiefs fans for voting his long-range strike against his former club SuperSport on December 12 as the PSL's goal of the month in December.

“I didn’t expect the award but we have a lot of supporters. I did have a look at the couple of goals in that month and yah I’m very happy that I received.

“It’s all thanks to our supporters and the voters out there.”