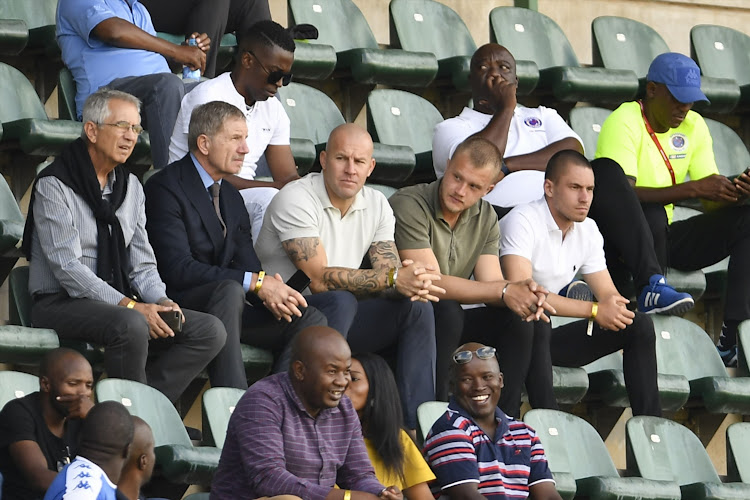 SA Football Association (Safa) president Danny Jordaan has said that Bafana Bafana coach Stuart Baxter has denied telling the media he will step down from the position should South Africa not qualify for the 2019 Africa Cup of Nations (Afcon).

Bafana need a draw from their final qualifier against Libya – probably to be played in Tunisia – on March 23 to reach the Afcon finals in Egypt in June and July.

At a media breakfast this month Baxter said he would tell Safa he was willing to step down from his second tenure as Bafana coach should the team not qualify‚ and added that it would not cost the association a penny in terms of a contract payout.

Jordaan‚ though‚ said Baxter had told him he had not made such a statement.

Asked about Baxter’s offer to step down‚ the Safa president said: “I’m not interested in that. We must go and beat Libya and qualify.

“And I asked him. He denies having said that.”

It was pointed out to Jordaan that Baxter’s statements were on record.

(Below is a recording of Stuart Baxter's media briefing)

The president responded: “He denies that. I asked him. He says no. [He says] ‘It’s the media again; they are coming with these stories’.

“He blamed you guys [the media]. He said: ‘I’ve got a good squad‚ I’ve got confidence in the squad. I’m going to go there and we’re going to qualify‚ finish and klaar‚ there’s no other story’.

“That’s what he told me. And he denied your [the media’s] story.”

Jordaan’s revelation of what was relayed to him by Baxter is confusing.

A recording from the media breakfast with the national coach on Wednesday‚ February 6‚ attended by multiple reporters and sports editors‚ has Baxter clearly saying he will offer to not continue as Bafana coach if the team does not qualify for Egypt 2019.

Baxter said: “If we do not qualify‚ certainly‚ certainly‚ I will tell the FA [Safa] that you had better make sure that you really want me to carry on because I will walk if you want.

“And all this nonsense about it will cost them [Safa] a fortune to get rid of me … it will not cost them a bloody fortune. It will never cost anybody a fortune.”

Baxter went further‚ saying he might step down as Bafana coach even if the team reached the Afcon but he felt not enough progress was being shown.

“Also‚ if I can’t do the job here‚ if I think that we are not moving forward in the pace we want because of certain things and I just can’t do it‚ I will also walk. Even if they want me to stay.

Nigeria have qualified for Afcon 2019 as Group E leaders with 10 points‚ with Seychelles left to play at home. South Africa are on nine points‚ and Libya seven.