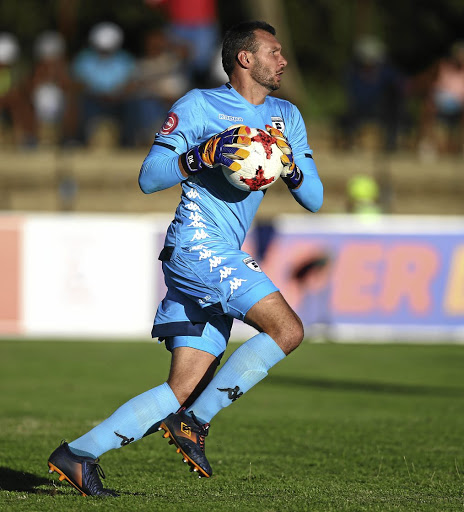 In the world of Wits coach Gavin Hunt the league title comes first, and he's willing to make sacrifices to win it.

This was evident in Wits' 3-2 penalty shootout win over Black Leopards in Nedbank Cup last 16 at Thohoyandou Stadium on Monday.

Stand-in goalie Ricardo Goss made two saves in the shootout for the Clever Boys.

Hunt decided to bench regular keeper Darren Keet, who was sitting on three yellow cards and if he played, got another one, could have missed Saturday's top-of-the-table league clash against Sundowns at Bidvest Stadium.

"The reason I did it (play Goss) is because Darren is on three yellow cards. Now, if he got booked in a game like this and then I would have to throw a rookie goalkeeper into the Sundowns game ...

"So rather play the (rookie) goalkeeper (against Leopards) and give me a headache (in terms of team selection) for the next game."

Bidvest Wits coach Gavin Hunt has cautioned against the mistake of using log standings on the premiership table to judge the strength of opponents as ...
Sport
2 years ago

Keet has nine clean sheets after featuring in all their 20 Absa Premiership games this campaign.

When Sundowns won the title three seasons ago with 71 points, Wits ended second with 57. But the following season - 2016/17 - Wits were crowned champions after finishing with 60 points - three ahead of Sundowns.

There was no competition between the two sides last term with the Tshwane side winning the league again and Wits battling relegation.

Now neck-in-neck in this season's race, the match on Saturday is important for both camps' title ambitions.

"I don't know. Let's see. We haven't been good last couple of weeks ... Sundowns are in the pounds seats and they have games in hand," Hunt said.