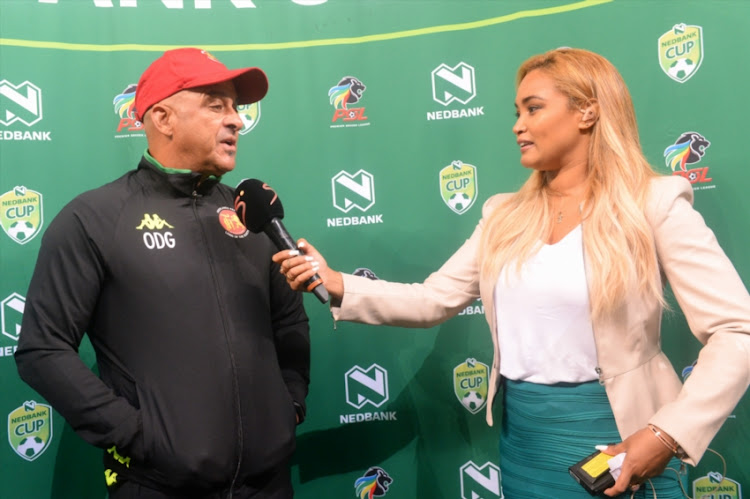 Highlands Park coach Owen da Gama says it is time for the Video Assistant Referee (VAR) system to be introduced into South African football in the wake of a controversial call which might have had a major bearing on the weekend’s cup tie at Cape Town City.

Da Gama said this had to happen if the Premier Soccer League wanted to consider itself the best league in Africa.

His call comes after Morocco announced that they would introduce VAR next season‚ making them the first league in Africa to do so.

Highlands should have been awarded a goal in the opening five minutes when an effort off the knee of striker Peter Shalulile appeared to cross the City line but was scooped clear by home goalkeeper Peter Leeuwenburg.

Had Highlands been awarded the early goal‚ there might have been a different outcome to the game‚ as Da Gama argued afterwards.

“It is painful to see a decision like that happen.

"It is not only us but other teams who have this happened to them and it is hard when you play well but your goal is not awarded.

"We really have the best league in Africa if we can have VAR‚” he said.

Leeuwenburg later seemed to agree it should have been awarded in a tweet: ““it’s a goal‚ entire ball is beyond the post. When decisions like this go against you‚ it’s part of the game. We’ve got to go to another level @officialpsl. Goal line technology.”

Morocco at the weekend said they would be introducing the system next season following a meeting between the Royal Moroccan Football Federation and topflight clubs.

To date‚ VAR has only been used on the continent in both legs of last year's African Champions League final between Esperance of Tunisia and Egypt’s Al Ahly.