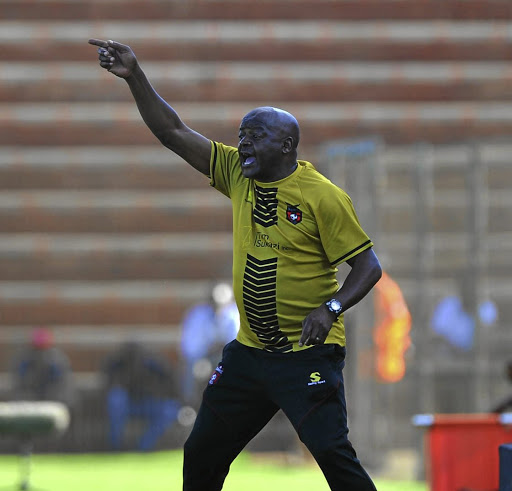 In the wake of their progression to the Nedbank Cup quarterfinals, TS Galaxy coach Dan Malesela has started to visualise his side competing in the CAF Confederation Cup.

Galaxy booked their spot in the last eight of the cup by beating fellow National First Division (NFD) side Jomo Cosmos 1-0 at Makhulong Stadium on Sunday.

An own goal by Ezenkosi skipper Dahou Labahi was all the Rockets needed to win.

Galaxy may be three wins away from winning the cup, but Malesela is already dreaming about continental glory.

Jomo Sono has responded to his ex-player Christopher Katongo's opinion that he's a salesman.
Sport
2 years ago

"It [competing in the Confed Cup] will help me a lot, because my ambitions are not just playing at home and people being happy for your exciting football, but you do not do anything to show for it.

"I want to have something to show for the beautiful football," Malesela said.

Despite winning the match, the Rockets mentor was not too pleased about Galaxy's performance against Cosmos. However, in the same breath, the ex-Chippa United coach heaped praise on his playmaker Sizwe Mdlinzo, but felt he was not at his best on the day.

Galaxy are eighth on the NFD table with 27 points from 20 games.