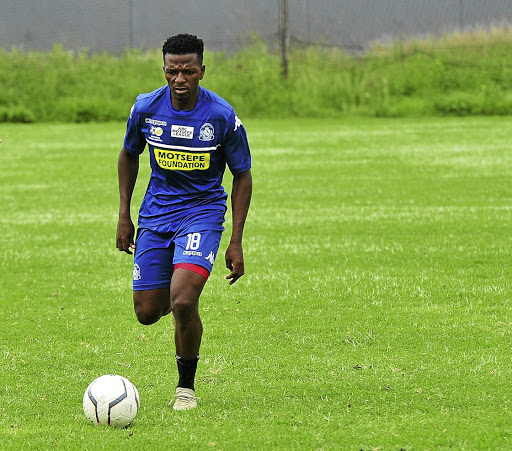 In the true sense of a popular adage 'when days are dark friends are few', ex-Orlando Pirates winger Khethokwakhe Masuku has revealed he's lost a number of his friends who are playing in the PSL.

Once a darling of the Bucs faithful, thanks to his flamboyant style of play that's characterised by flair, Masuku, 33, is aiming to revive his football career with Gauteng ABC Motsepe League outfit Baberwa United.

"Since I am playing in the Motsepe League, most of my friends who play in the PSL have chosen to stay away from me. You cannot control life but it's life that controls you. It's a lesson that in life not everyone you meet cares about you," said Masuku, without disclosing names.

Nevertheless, the lad from Soweto maintains he's not down and out yet. As it was confirmed by the club's boss Joe Seanego that all the senior players at Baberwa earn R8,000, Masuku is still grateful for the little package he gets at the Midrand-based club.

"I can tell you that for now I am financially stable because of my savings. I am coping, my brother. Obviously, the salaries won't be the same [in the PSL and in the Motsepe League]. You only have to adjust your lifestyle here and and there... appreciate what you get."

The former Bloemfontein Celtic trickster remains resolute about his style of play. Masuku is hopeful he will soon be plying his trade in the Premiership again.

"I have not changed my style of play, I still do my tricks but you know it won't be the same as in the PSL, because there you always get a space. Here [in the third tier] the marking is very tight. they mark man to man, no space to breath,"

"I am still feeling fresh and the hunger is there. I am positive that I'll return to the PSL. I am giving my all to Baberwa, maybe someone can notice my contributions and give me a chance again in the top division. I am a very patient person. People must not think that I am dead and buried. I am a seed, I am still going to grow."