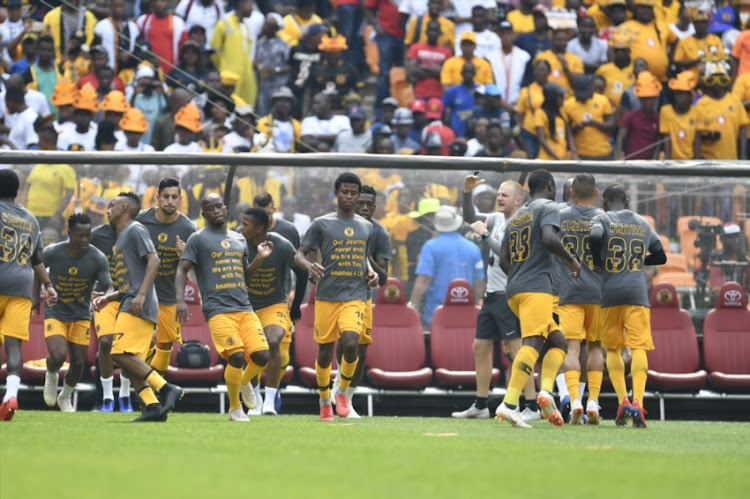 Ernst Middendorp has no favourites in his team‚ and everyone‚ including Willard Katsande and Khama Billiat‚ will take a back seat on occasion as Kaizer Chiefs’ technical staff employ specialised tactics for particular opposition‚ the Amakhosi coach has said.

Middendorp raised eyebrows when stalwart Katsande was on the bench‚ and George Maluleka moved from a normally more advanced position to defensive midfield‚ in Saturday’s Absa Premiership Soweto derby against Orlando Pirates.

The tactic worked to some extent as Amakhosi dominated the midfield and opened the scoring through Daniel Cardoso’s 53rd-minute penalty‚ with Pirates only fighting back through a late Thembinkosi Lorch equaliser in the 80th.

Earlier‚ in a 3-2 away win against AmaZulu in January‚ star forward Billiat had been benched in favour of veteran Bernard Parker.

“We played AmaZulu‚ and Khama Billiat was on the bench.

"On Saturday Katsande was on the bench. Probably next week it might be Leonardo Castro on the bench‚” Middendorp said.

“What I want to make sure about is that: where is it written that a player who is in the team has a guarantee to start? I don’t think so.

“It’s about performance‚ it’s about really going into it. I say always that all the players are equal‚ but some players are more equal.

“And at this moment the players who are equal are the decision of the technical team during the week preparing for a game.

“And we had a very clear impression that probably with the other type of direction setting up [by Pirates]‚ it [Maluleka in defensive midfield] would probably work.

“And I think it worked very well in the first half in particular.”

Middendorp will have every excuse to field fringe players – though probably also some established stars‚ given the nature of upsets than can arise in the competition – when Chiefs meet ABC Motsepe League team The Magic at Nelson Mandela Bay Stadium on Sunday.