Win now a must for Thabo Senong's Amajita 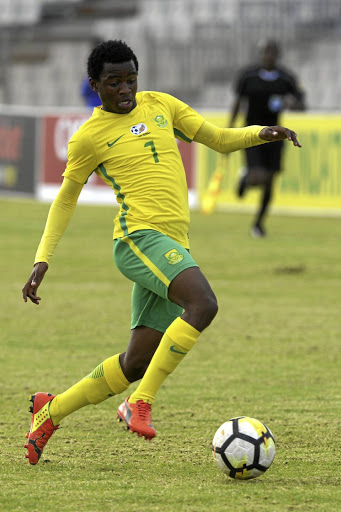 Burundi came into the Under-20 Africa Cup of Nations in Niger as the competition's dark horses, but the east Africans are more than capable of causing an upset over Amajita in today's group A clash at Stade de Maradi (5.30pm SA time).

To qualify for the knockout phase and secure their berth at the U-20 Fifa World Cup in Poland from May 25-June 16, Amajita need to beat Burundi.

A draw could also work for SA, but only if group leaders Nigeria beat Niger in the other group A match.

Amajita find themselves in this desperate position after they drew their opening group matches against Niger (1-1) and Nigeria (0-0).

Heading into the last group matches, SA are level with Niger on two points. Nigeria are at the summit with four points, and Burundi at the bottom with one point.

Amajita's over-reliance on striker Lyle Foster has seen them struggle without him in the ongoing Under-20 Africa Cup of Nations in Niger. Thabo ...
Sport
3 years ago

Burundi, the group's underdogs, earned their point after forcing a come-from-behind 3-3 draw against the hosts.

This gusty display by the Young Swallows against Niger should worry Amajita, who have struggled to cope with the physical prowess of previous opponents Nigeria and Niger.

Burundi however is not as imposing physically and they lack a slick passing game and Amajita should capitalise on this weakness, especially with their ability to pass the ball in tight spaces.

After coming under fire for not playing Leicester City's Khanya Leshabela against Nigeria and Niger, it remains to be seen if Amajita coach Thabo Senong will give in to external pressure today by playing the English-based star.

Leshabela, 19, is the only SA player in the team registered in the English Premier League.

A lot was expected from him, but he is yet to feature in this biennial youth tournament as Promise Mkhuma (Sundowns) and Thabiso Monyane (Orlando Pirates) have been preferred ahead of him to lead SA's attack.