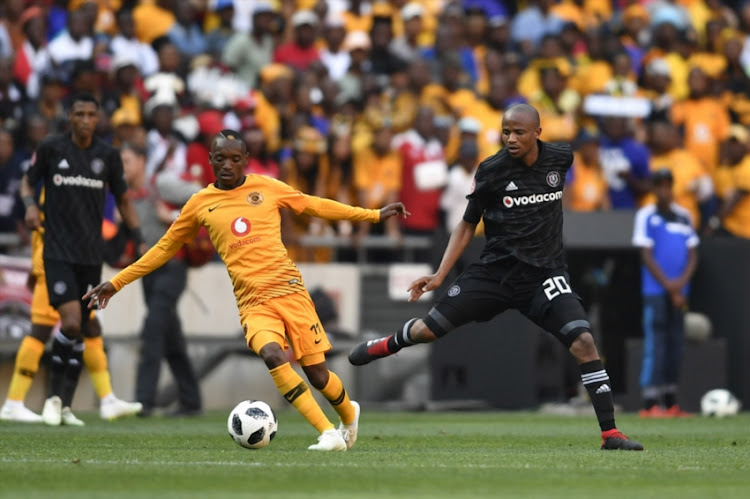 Bucs head into the clash with a psychological edge having gone 11 matches without a defeat to Amakhosi since December 2014.

It therefore goes without saying that they will carry the favourites tag, but not in Mlambo's eyes, whose midfield play could sway things in Pirates' favour.

"To be honest, we are not looking at it like that (being favourites). Yes, we've won the previous three games against Chiefs but they have a different coach now and each player wants to impress him," Mlambo told the media yesterday from the PSL offices in Parktown, Johannesburg.

"So, I think it's going to be a difficult encounter, because they would come out guns blazing looking at the past three results that went in our favour. There's no advantage for Orlando Pirates going into this game," insisted "Ten Ten", who's from Soweto, the birthplace of the two giants.

"We are calm and concentrated. We are not complacent and we take each game that we play seriously."

The reality, though, is that Pirates are starting to slip up in the league race with Mamelodi Sundowns having replaced them in second spot, with Wits top of the standings.

Either Mlambo is ignoring the log positions or indeed the Pirates camp is pretty relaxed ahead of the derby from which the maximum points would be crucial.

"I don't think it should be much of a concern, because a league is a marathon and you can't finish a marathon with only running half the race," the 27-year-old continued.

"So you would only be concerned if probably it was the last game to undertake, but with things as they stand, each team still has 11 games that they still need to play and we have to focus on every game that we play. We can't focus on a game two months to come from now. We just have to focus on the game that's currently on our plate," he added.