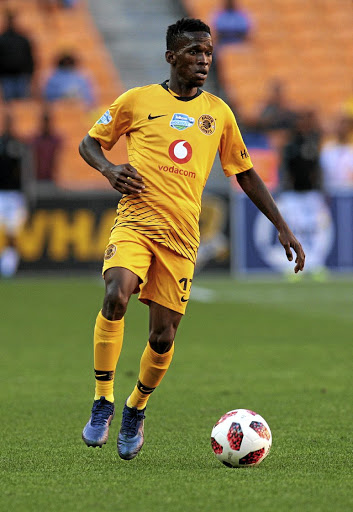 Kaizer Chiefs midfielder Kabelo Mahlasela could be in for a gruelling Soweto derby duel with his former teammate Alfred Ndengane.

The pair were brothers in arms at Bloemfontein Celtic for three seasons between 2015 and 2018.

Both players left Celtic last year, with Mahlasela having joined Chiefs in January while Ndengane joined Orlando Pirates in October.

On Saturday at the FNB Stadium (3.30pm), the diminutive Mahlasela could be in for tough afternoon at work against the imposing Ndengane.

"Yes, I played with Alfred at Cletic. I know him very well and I think he has done well there. It won't be easy but we will be ready for them," said Mahlasela.

The 27-year-old had an inauspicious start to his career at Naturena after suffering a knee injury in his first week of training.

Kaizer Chiefs' players talked big during the week about putting up a fight to reduce the two-goal deficit from their 3-1 first-leg defeat against ...
Sport
3 years ago

The Sebokeng-born attacker eventually made his debut for the team eight months after his signing in the 3-1 league loss to Bidvest Wits in August.

Having briefly played under current coach Ernst Middendorp, at Celtic in 2015, Mahlasela believes the German can bring out the best in him.

"He [Ernst] understands me and the way I play," he said.

"I strongly believe I can do much better in the number 10 position. I am a player who likes to take on defenders, to create opportunities and score goals."

On snapping their 11 match winless run in the derby, he added: "The derby is a very different game and is more about mental strength so it requires focus for 90 minutes. I am confident that we will do better."