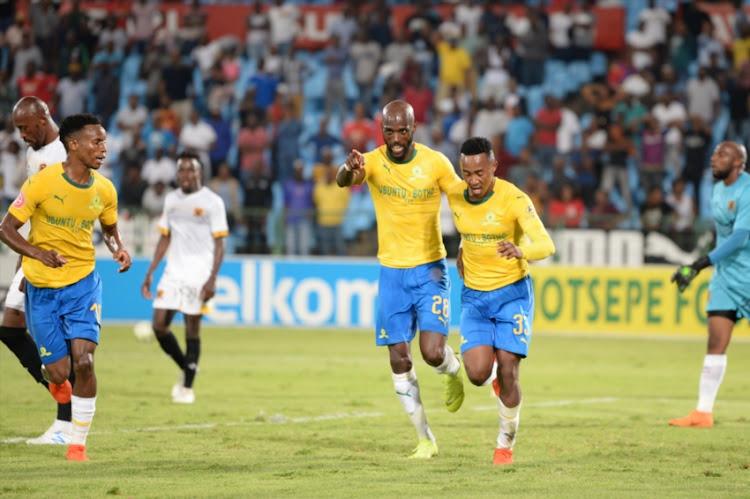 Mamelodi Sundowns have their attacking mojo back, sweeping aside Black Leopards with a swagger on Wednesday night's 3-0 Absa Premiership victory at Loftus Versfeld.

Lebohang Maboe put Downs ahead in the 41st minute, Isaac Masia's own goal in the 54th made it 2-0, and Ricardo Nascimento added a third with a penalty in the 85th.

Anyone predicting Sundowns' demise because the results and football had not come overly fluently, think again.

This Downs are still rebuilding but every bit in good health. A 3-1 Champions League win against Asec Abidjan where they streamed forward, playing Barcelona-like combinations, here on Friday night has been followed by another such performance against Leopards.

As an aside, just because it doesn't get said enough - Themba Zwane might be one of Africa's best wingers at his best.

He and the rejuvenated, hungry, Anthony Laffor are part of a frontline - last night Maboe was a false No 9 ahead of Gaston Sirino - that over-runs enemy lines, and can leave Downs' backline as spectators to the beauty of it.

Downs made Leopards look ordinary. They took the foot off the gas once they had a two-goal cushion, but still managed a third from the spot.

Leopards, with their dangerous front-runners, had some early half-chances, though against the run of play.

As Downs stamped their class, though, the first half became their's, somehow spurning some masterfully-constructed opportunities until Maboe converted.

Laffor's chip was cleared off the line by Jean Munganga. Downs then opened Leopards down the middle like lightning, the passes of Laffor and Sirino feeding Zwane, whose shot skimmed the crossbar.

A beautiful buildup culminated in Hlompho Kekana slipping Laffor down the right to cut back to Maboe, who side-footed over.

Kekana's monstrous sliding challenge on Mwape Musonda deep in his half set up Downs' opener. The Brazilians' skipper got up and lobbed to Sirino free on the left, who advanced and crossed for Maboe to get in with a fine finish at the near post.

Downs' second soon after the break came as much from their ability to sweep Leopards open as the fortune of a Leopards own goal. Maboe was played down the right and crossed awkwardly behind the defence, Masia turning the ball into his own net.

Zwane's shot was blocked by the arms of Pentjie Zulu and Daniel Bennett pointed to the spot. Nascimento rolled his penalty to the left of Ndlovu.