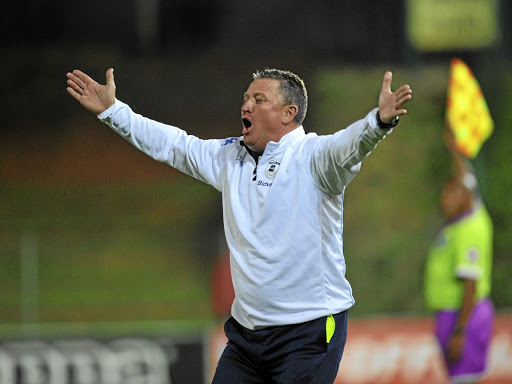 The Students's resurgence is in full swing with the team having collected 37 points from 19 games - one point more than they had last season.

This time, in what is a hallmark of Hunt's great sides, Wits have been grinding out results, with 11 wins, four losses and four draws.

"That's football," Hunt exclaimed. "The year before we had 60 points when we won the league. A few results here and there changes things. The games that we won 1-0 this year we lost by the same margin last year and that's the bottom line. Anybody in the PSL can beat anybody on a given day no matter how much money the other spent."

PSL title race has been blown wide open as a result of Bidvest Wits' recent inconsistencies.
Sport
2 years ago

With 32 points, Orlando Pirates are five points behind in second position while Mamelodi Sundowns follow with 31.

A key factor in the revival was that the club replenished their squad. Their shrewd signings included Deon Hotto, Robyn Johannes, Gift Motupa, Vuyo Mere and Terrence Dzvukamanja, who have all hit the ground running.

"I think we got it wrong with a few players [last season]. I don't think we were bad - I mean, to create chances and still win the TKO cup," Hunt reflected. "For me it was the first time being out of the top six in 20-odd years... It can happen to anybody; Sundowns a few years back were behind."

While everyone's attentions are on the Soweto derby, Wits could extend their lead at the top by snatching points from Highlands Park at the Makhulong Stadium on Saturday (3.30pm).