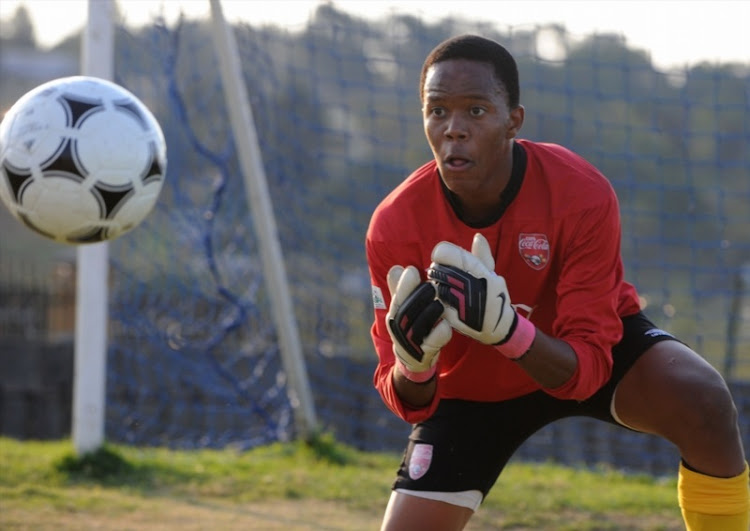 Amajita goalkeeper Khulekani Khubeka put in a special showing to keep the Nigerians out and earn his team a point.
Image: Duif du Toit/Gallo Images

SA put in a stout defensive display as they held Nigeria to a 0-0 draw in their second Group A clash at the 2019 African Under-20 Championships in Niamey, Niger, yesterday.

Amajita had to weather a storm from the Nigerians, but the defensive discipline and organisation that coach Thabo Senong works so hard to implement
held firm.

The results means SA must now beat Burundi on Friday to be assured a place in the semifinals, while a draw could be enough if other results go their way.

Up for grabs is a place at the 2019 Fifa Under-20 World Cup in Poland, with the four semifinalists qualifying automatically for the global showpiece.

Amajita welcomed back goalkeeper and captain Khulekani Khubeka, who missed Saturday's 1-1 draw with Niger, one of three changes that also saw starts for Siphesihle Mkhize and Luvuyo Phewa.

Amajita up for Flying Eagles challenge

Khubeka proved his worth with a number of fine stops.

Senong's side created little in the opening stages, with Nkosingiphile Ngcobo and Keenan Phillips seeing half-chances snuffed out by the alert Nigerian defence.

At the other end, Nazifi Yahaya shot into the side-netting in what was the best chance of the half for the Flying Eagles.

Nigeria dominated the possession in the second half but heroic SA defending and good organisation of his backline by Khubeka kept them at bay.

Amajita were looking to hit the west Africans on the counter-attack, but too often they could not find the right pass on a hard, bumpy surface that made moving the ball accurately on the pitch a challenge.

When SA did get the ball in advanced positions on the pitch, they lacked the numbers in attack to pick apart their opponents.

Nigeria continued to pepper the Amajita goal with shots from distance in the closing stages, but their aim was wayward, bar one smart low save for Khubeka from Muhammad Jamil in the closing minutes.