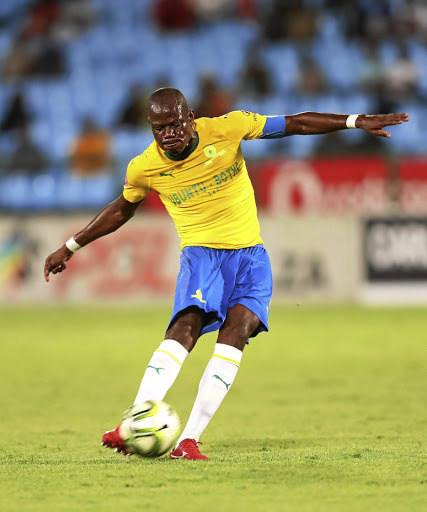 Mamelodi Sundowns skipper Hlompho Kekana will face the team that gave him his big break in football when the Brazilians face Black Leopards tomorrow night.

Kekana made his top-flight debut with Lidoda Duvha about 15 years ago.

Since that time, Kekana has gone on to become one of the most durable and dependable players in the entire PSL.

At Loftus Versfeld (7.30pm), Kekana will face a Leopards side that is unrecognisable from the one he played for, but still with the trademark of resilience and grit.

"Leopards did a lot for me in my career and I was so young when I was there but I was full of hunger and as we know, players there play like they are very hungry," Kekana said.

"It's where I laid my foundation as a player. Here I am now after all these years but the club will always be close to me. Leopards will never go down without a fight, that's what we expect from them."

Pitso Mosimane's men will be looking to get their title defence back on track after suffering a set-back against AmaZulu in their 2-0 loss last week. It was their first league loss in over a year after 16 wins and 12 draws.

After that loss, the team responded empathically with a comprehensive 3-1 win over Asec Mimosas in the CAF Champions League on Friday.

The 33-year-old said the new signings keep the incumbent players on their toes.

"At Sundowns you know as a player that the player behind you is just as good and can take your place in the team.

"Tade has come in and has done well to score on debut. It's not easy to come to the club and adjust immediately."