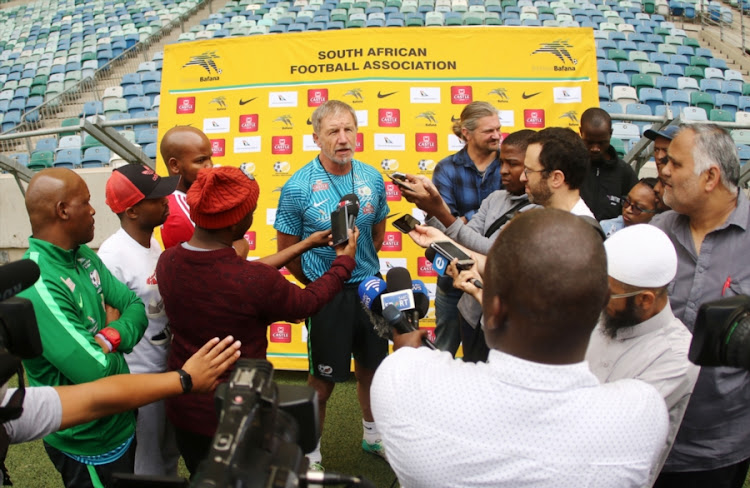 South African are still to be informed where they will be taking on Libya in their decisive Africa Cup of Nations (Afcon) qualifier next month‚ causing some concern over arrangements for the team.

Bafana Bafana have to avoid defeat against Libya in their last Group E game to book a berth at the Nations Cup tournament in Egypt in mid-year.

Libya‚ who must win to take second place in the group behind Nigeria and deny South Africa qualification‚ cannot host the game in the North African country because of a long-standing FIFA ban and must find a neutral venue.

The security situation in Libya is considered dangerous with various rival factions and war lords battling for control over the country’s oil wealth.

It has been a tenuous situation since the popular overthrow of the Muammar Gaddafi regime in 2011.

Libya have hosted their home games in either Egypt or Tunisia in recent years but are yet to make a call on where and exactly when they will host Bafana on the weekend of March 22-24.

They have also not indicated whether the game will be on the Friday‚ Saturday or Sunday.

But as hosts of the game‚ the Libyan Football Association need not make the plans until one month before the match‚ when they have to inform both the Confederation of African Football and their opponent of the final arrangements.

Libya are keeping a stony silence‚ presumably right up to February 22‚ in part to frustrate SAFA‚ who would like clarity on the date and venue soon rather than later in order to make arrangements.

Libya’s previous ‘home’ group games against the Seychelles and Nigeria were played at the Petrosport Stadium in Cairo and the Taieb Mhiri Stadium in Sfax‚ Tunisia.