Orlando Pirates beef up their squad 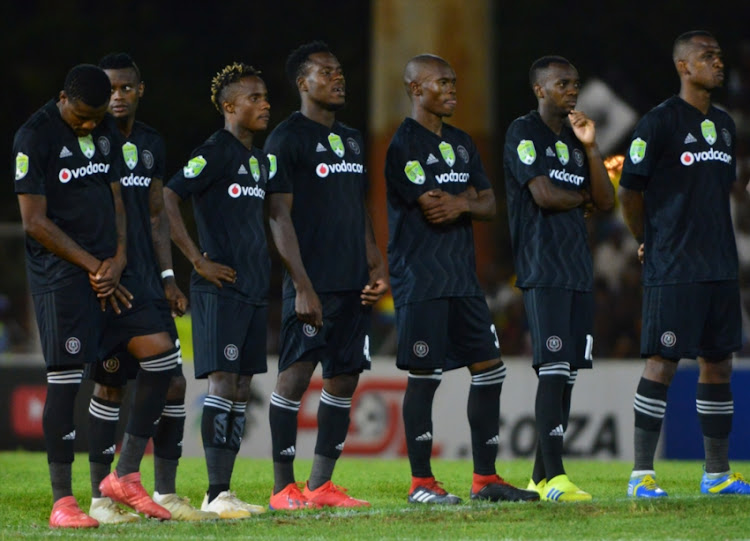 Orlando Pirates have added three players to their Caf Champions League squad ahead of their Group B game against defending champions Esperance de Tunis at Orlando Stadium on Saturday night (kickoff 9pm).

Pirates’ administrative officer Floyd Mbele said the players were added as Bucs enter a difficult phase of balancing challenging domestically for the Absa Premiership and the travel and physical toll exerted competing in the Champions League group stage.

“After extensive consultation with the technical team‚ I can confirm that we have registered the three players in question into the Champions League squad‚” Mbele said.

“Caf allows clubs to register a total of 30 players for the competition and as a club we had decided to register only 27 players at the time as we felt this number was sufficient to get us through the preliminary stages of the competition‚ which we did.

“Now that we have to juggle between a congested league season and traveling around the continent for the Champions League‚ it’s important that we have enough players in both competitions to allow the technical team enough depth to compete.”

Pirates top Group A after beginning with a 0-0 away draw against Zimbabwe’s Platinum FC then beating Horoya of Guinea 3-0 at Orlando Stadium.

Esperance are second in the group‚ also on four points‚ but with an inferior goal difference‚ having drawn 1-1 away against Horoya then beaten Platinum 2-0 at home.

They beat Eyptian giants Al Ahly‚ overcoming some contentious refereeing decisions‚ in the 2018 final in November‚ overcoming a 3-1 away deficit with an inspired 3-0 home win for a 4-3 aggregate victory.