Top-six finish will save Tembo 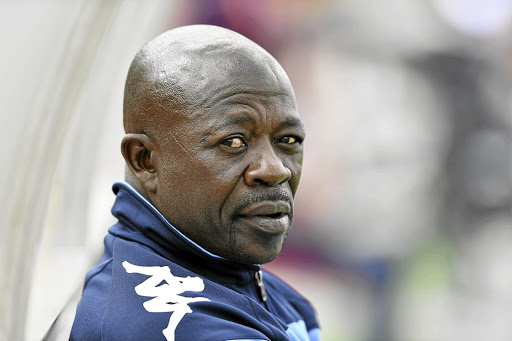 SuperSport United chief executive Stan Matthews has assured that a top-six league finish would be enough for coach Kaitano Tembo to stay put beyond this term.

Having served as an interim coach for nearly seven months, Tembo eventually took the reins on a full-time basis last August, on a two-year deal.

While he has already guided Matsatsantsa to the MTN8 final, which they lost to Benni McCarthy's Cape Town City, SuperSport have been inconsistent in the league.

It was City again that dumped SuperSport out of the Nedbank Cup via a 2-0 win in the first round last Saturday.

SuperSport United coach Kaitano Tembo insists there is still much to play for this season following an early exit from the Nedbank Cup‚ but he is ...
Sport
3 years ago

Nevertheless, Matthews has moved swiftly to emphasise the club's faith in Tembo.

"I don't think we are the kind of a club that makes decisions to fire coaches based on game by game. If Kaitano can finish in the top-six, it would be quite a good season and that feat would save his job," Matthews told Sowetan.

We want to give him a chance, we cannot just be trigger happy. We don't have unrealistic expectations, we want to finish in the top-six."

Matthews also outlined how SuperSport aim to mould Tembo to be in the company of Pitso Mosimane and Gavin Hunt. The pair are the only coaches who stayed more than five years at the club.