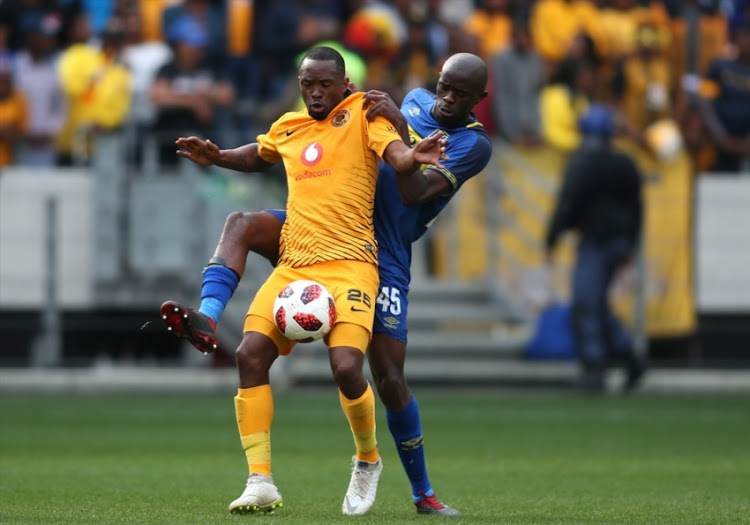 Parker‚ though‚ also said the trickiness of such encounters as against Chiefs’ fired-up Vodacom League opponents in the Nedbank last-32 should not be underestimated.

Playing the biggest game of their lives‚ Tornado forced Chiefs to extra time from a goalless opening 90 minutes.

The sponsors would have held their breaths as‚ with the other two drawcards‚ Mamelodi Sundowns and Orlando Pirates‚ out of the competition on Saturday‚ Chiefs stood on the verge of elimination too.

“You know‚ it’s the beautiful game. You’ve seen‚ as well‚ what happened to the other teams and internationally too with the FA Cup‚” Parker told SowetanLIVE on Tuesday.

“These so-called smaller teams come out guns blazing‚ firstly to make s statement‚ secondly to play for a contract and thirdly‚ also‚ to push for their club’s ambitions to progress further in cup competition.

“And it’s not easy with us‚ as players – we are all human – to also prepare ourselves as a big team where we are going to go mentally and kill the game‚ and we end up getting shocked‚ or surprised.

“But it was a wakeup call for us. Even coach [Ernst] Middendorp said to us that in his 25 years coaching career he just doesn’t know to motivate and keep the guys focused when a Premier League team plays against a smaller team.

“Even if you motivate your players‚ and they go in with that motivation‚ they can get shocked and surprised.

“Then even maybe if you tell the players to keep calm‚ they can relax‚ and get another shock.

“So it’s just on the day. If the big team hit the right note then you come out easily victorious. But for the smaller team it’s the game of their lives.

“So it was a bit of a scary one for us. But we took a lot of positives because our performance was good. It’s just that goals weren’t there for us.”