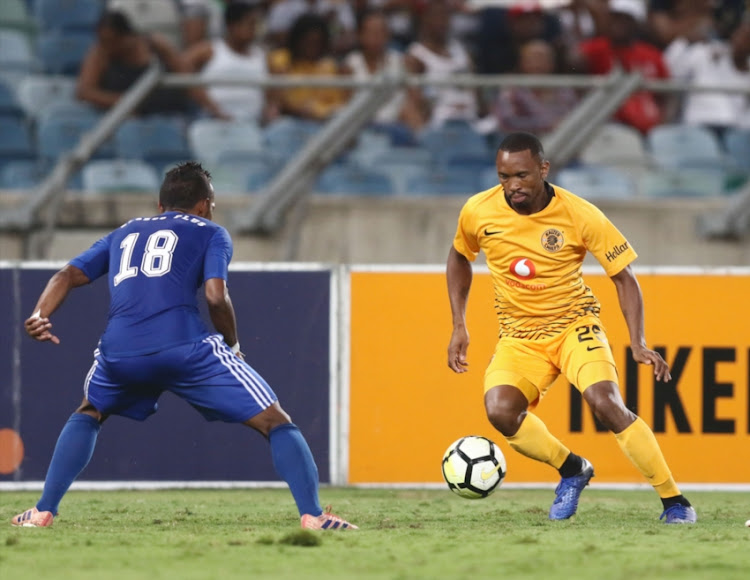 Cape Town City’s confidence can be a positive for Kaizer Chiefs to perform a table-turning act on the visiting team when they meet in the Absa Premiership at FNB Stadium on Wednesday night‚ Amakhosi striker Bernard Parker has said.

It is no understatement to say‚ as veteran forward Parker does‚ that City are a “well-oiled machine” right now.

They have gone six league and cup matches unbeaten scoring 13 goals in five of those‚ just beaten SuperSport United for a fourth time this season (2-0) in the Nedbank Cup‚ and bounced back from a slump – perhaps a hangover from wining the MTN8 – to fourth in the Absa Premiership.

Coach Benni McCarthy is pleased at his team’s slick‚ attractive passing game. City have great players‚ an experienced chairman in John Comitis‚ and the club are super-ambitious.

So many factors seem to be going for the now almost three-year-old club that Parker believes that might be an advantage for Chiefs‚ steadily finding solidity and greater confidence of their own under Ernst Middendorp‚ as City travel into the Amakhosi den at FNB.

“I’m well aware that they seem to have found a momentum and way for them that’s working for them‚” Parker told SowetanLIVE on Tuesday.

“And this is actually good for us‚ because they’re coming so fully confident to our home base. And with that they will be looking to repeat their way of play‚ their mobility – all the things they have been doing well.

“And that will be good for us because the advantage of that is that we will know that they are going to open for us.

“We would know that‚ as much as we want to dominate the game with possession they will also want to play.

“And knowing that they will be coming to try and beat us‚ gaps will open for us. Because they will get excited and try to push and try and make a statement and beat us.

“I’m sure they will want to commit numbers forward. As long as we keep our solid structure I’m confident that gaps will open.

“And also for us‚ we have been going onwards and upwards a bit. But we do still have a challenge where we want to hit that consistency.

“We’ve been working very hard on that. We’ve been training for the way that we want to play‚ and also according to what we’ve been lacking.

“So it’s going to be an interesting game. I expect an entertaining match. And I think it can go in our hands.

“City are coming to prove a point – that they are a good ball-playing team. And that can be an advantage for us‚ to exploit the space that can open for us.”