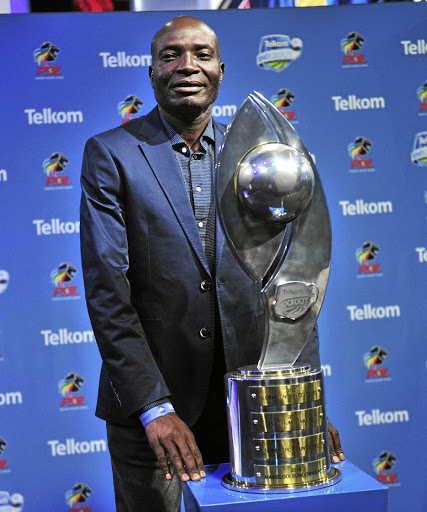 Before his arrival in SA in the middle of last year, few people had heard of Zambian coach Wedson Nyirenda's cup-winning reputation.

Now the whole country knows about the championships credentials of the Baroka coach.

As the coach of Zambian giants Zesco United, he won two league titles, two Barclays Cup titles and the Coca-Cola Cup between 2007 and 2008 before leaving for Zanaco where he won another league in 2009.

The historic cup win ended the cup drought for Limpopo teams and now Nyirenda is looking for a repeat in the Nedbank Cup.

"I have won cups in every team I have coached and that is what made me confident when I arrived at Baroka that I will bring a trophy here," Nyirenda said.

"I'm glad to have contributed to the history of the club and Limpopo but we have moved on and look to the future. Once you have tasted victory, you want more and hopefully we can win more in future."

Baroka take the first step to winning more when they face Jomo Cosmos in the first round of the R7m cup at Peter Mokaba Stadium tomorrow (7.30pm).

They will once again be looking for inspiration from the orchestrators of their TKO cup win, including skipper Mduduzi Mdantsane, Matome Mabeba and Tebogo Sodi.

Having already lifted a trophy this season, Mdantsane said: "It was a dream come true to win the cup and now we will try again. We know how to navigate cup games."