Tornado vow to cause big disappointment 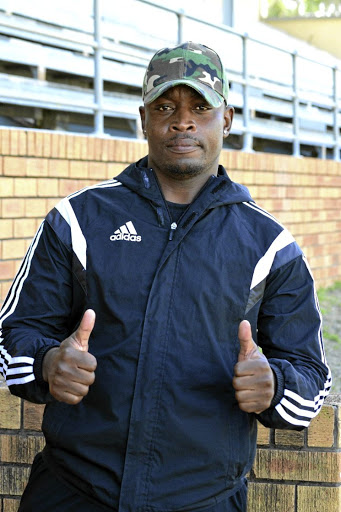 Tornado FC coach Tshepo Motsoeneng has warned Kaizer Chiefs that they underestimate them at their own peril.

The minnows from the Eastern Cape will be looking to register their most famous victory yet against Chiefs in the Nedbank Cup at the Sisa Dukashe Stadium this afternoon.

The tactician from Reddersburg in Bloemfontein insists that things are a lot different since the team got hammered 4-0 by Orlando Pirates in the same competition in 2015.

"Many of us were not around during that time; we don't carry any baggage of that loss," the 39-year-old Motsoeneng said. "I only joined the club in 2016 and we are full of surprises as a team. If Chiefs take us lightly then they will be making a huge mistake."

Ernst Middendorp has indicated he would rather work with Virgil Vries and Kaizer Chiefs' other reserve goalkeepers in the absence of No 1 Itumeleng ...
Sport
3 years ago

Amakhosi are looking at the R7m knockout competition as an opportunity to avoid finishing a fourth season without
silverware.

Their coach Ernst Middendorp is aware that the fans won't care that he was only appointed in December.

"For sure we can understand the frustrations of the supporters because at a club like Chiefs each season you must win at least one trophy," he said.

"As usual, we will try our best to ensure that we put a smile on the faces of our fans."

WHO ARE TORNADO FC?

The club was founded in 1982. It is owned by well-known traditional healer Siphiwo Nyobo, based in Mdantsane, East London. They are second in the Eastern Cape ABC Motsepe League with 32 points. They advanced to the play-offs but missed out on National First Division promotion last year.