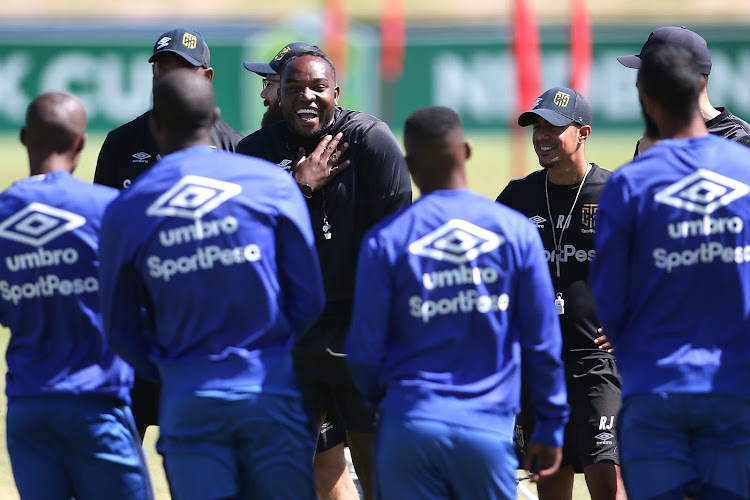 There are not too many ‘watchable’ teams in the PSL at present than Benni McCarthy’s Cape Town City on their day‚ who have added a whole lot of substance to their considerable style in recent months.

City breezed past SuperSport United 2-0 in their Nedbank Cup Last 32 clash at the Cape Town Stadium on Saturday night where they showed artistry‚ guile and the high work-rate that McCarthy demands from his players.

By his own admission it was not vintage from a City side missing a number of first team regulars‚ but the ease with which they dispatched a very strong SuperSport team should serve as a warning to their future opponents.

Kaizer Chiefs coach Ernst Middendorp‚ who will face City in the league on Wednesday‚ travelled to Cape Town to watch them‚ leaving his team in East London as they prepare for their Nedbank Cup clash with minnows Tornado FC.

It is a sign that this is a team making waves‚ one that requires much more in-depth analysis than regular opponents. “It was a good performance‚ it wasn't free-flowing like we usually want to play‚ but I liked the work ethic and we outworked them.

“I tell my players every time‚ if we work as hard as the opposition work‚ we've got more quality‚” McCarthy said after the match.

City have quality all over the pitch‚ but McCarthy maintains that their success‚ which has already brought the MTN8 trophy this season‚ can only be built on hard work and discipline‚ two areas he will not compromise on.

“It is going to be difficult for teams to run us over if we work as hard as they do‚” McCarthy added.

“But the minute we start slacking‚ doing this thing we like doing in South African football where we want to sit on the ball and do funny things‚ forget about our discipline and our patterns and where we want to break things down‚ and do a lot of that kind of rubbish‚ which I'm not a fan of‚ then you lose the ball and the opposition go and score one against you.

“They [the players] know I'm not a fan of that kind of football and there is no place actually for that in my team.”

What City have now is competition for places in almost every position‚ and that has upped the intensity at training‚ which has translated into match-day success.

“We are competing and it starts from training‚ the players know I am not a guy who jokes. If you don't want to train‚ you must sit in the stands‚ sit on the bench‚ you ain’t going to get on the pitch.

“Out there they see what they are missing when they are not on the pitch. The guys are working hard because they want to be part of this side and they can smell that we are onto something.

“It is a slow process‚ we are not getting ahead of ourselves. But it is nice when we work hard in training and it comes out in games.”

McCarthy has been in the game long enough as a player to know that results are what matters at the end of the day‚ but he is also determined that his side will play a brand of football that also entertains fans.

“This is what we do in training‚ a lot of pattern drills‚ pass and move‚ finding good combinations. A lot of goal-scoring. That's what I believe in‚ if you do the simple things well‚ then you can play beautiful football‚ be disciplined and win games.

“I know you can't get that every weekend. Sometimes you have to win ugly‚ and I will take that. But I don't want that to be 'us'. We must be disappointed in that dressing room if we won the game and we are not satisfied with the work we have put out there.

“If we believe in what we are doing then I want to stick to that. We are going to get caught out by some teams‚ but that is where we learn from our mistakes and we correct and perfect it.

“Then the day we are on song‚ when we get it right‚ it is a message [to other teams]. Teams are going to struggle if we stick to our principles.

“Then at least one day‚ when I am back in Scotland‚ they will say‚ 'ah‚ we miss that Benni‚ how he got his team playing'.

“I want to create my own history and legacy. That is why we come to work every single day."