Happy days are back again for Kgotso Moleko 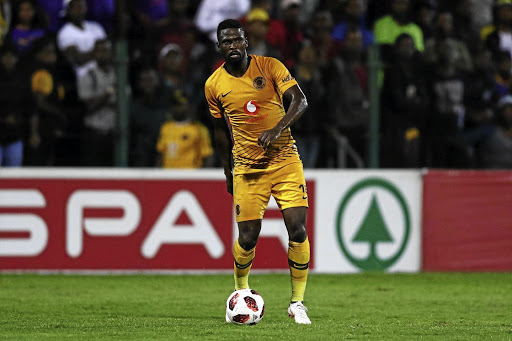 Kaizer Chiefs defender Kgotso Moleko stopped short of confessing that some of the players were suffering under the previous coaching regime.

Since the arrival of coach Ernst Middendorp, Moleko seems to have got a new lease on life after being side-lined under the fired Giovanni Solinas.

The 29-year-old made only two appearances during the four-month tenure of Solinas. However, since the German-born Middendorp took charge of the Chiefs dugout, Moleko has already played three league games.

To demonstrate that the right-back was not in the Italian coach's plans, he was not registered for the CAF Confederation Cup.

"It was a little bit difficult for me after the coach told me that I will never be featured in the CAF squad, but I took it as a man," Moleko said.

"It's not only about me, a lot of the guys who were side-lined are happy to be training and [hope for] some game-time. Everybody was brought back into the team after [they had been] pushed away."

Kaizer Chiefs coach Ernst Middendorp could not give a satisfactory response for why he switched formation.
Sport
3 years ago

So bad was the treatment of some players that some were sent to train with the Multichoice Diski Challenge team while others, including Moleko, trained in a different group away from the regular team members.

Moleko elaborated: "It's good that everybody is happy at the (Chiefs) Village. I think there is a good atmosphere in the team at the moment.

"If some of the players are not happy then the mood won't be right and it's all about the team and not the 11 players who are playing."

Amakhosi are set to take on ABC Motsepe Eastern Cape side Tornado FC in the first round of the Nedbank Cup at the Sisa Dukashe Stadium on Sunday (3pm).

Much to the anguish and disappointment of the fans, the club is closing on four seasons without a trophy.

Moleko, the former Bloemfontein Celtic man, is eager to snap the long-running drought.

"As players we know we have been letting the club down," he said.

"We must try to win this cup and even the league is open. I don't see why we cannot do it."