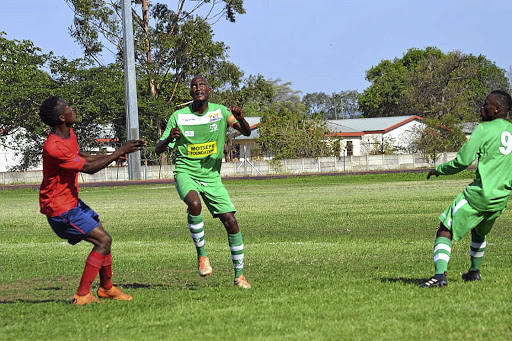 Baroka and Polokwane City are the behind-the-scenes cheerleaders of their provincial newbies Boyne Tigers as they attempt to pull off a giant-slaying act against Bidvest Wits in the first round of the Nedbank Cup at Bidvest Stadium tonight (7.30pm).

Having never faced a top-flight side before, the Nedbank Cup debutants asked their Premiership big brothers in Baroka and Polokwane to advise them about what they must expect from the Students tonight.

"This is a big game for us. We never played in this competition before and it was very important to go all out in our preparations. I can say that Baroka and Polokwane City have given us some advice about Wits. They warned us against giving away set-pieces because Wits are dangerous in that aspect," Tigers manager Mphela Motimele said.

"We also watched the [Wits] game against Polokwane [a 3-3 draw last Sunday]. They are a quality team. that's why they are challenging for the league, but we won't respect them."

PSL title race has been blown wide open as a result of Bidvest Wits' recent inconsistencies.
Sport
2 years ago

Described by Motimele as "creative and strong", the Limpopo-based outfit's midfield will be controlled by captain Thabo Mokgalushi, who was previously in the books of Jomo Cosmos.

"Mokgalushi is one of our experienced guys. He's very creative and strong as well. I expect him to show his capabilities against Wits," said the club's manager.

Tigers were formed in the 1960s by pensioners from the village. The team is coached by Roger Motimele.

Maritzburg United striker Thabiso Kutumela, formerly of Orlando Pirates, is one of Tigers' prominent products up to date.

Tigers are currently 10th on the Limpopo Motsepe League table, nine points adrift of leaders Madridtas, who have 20 points from 10 games.